The day our lives changed forever: In memory of Leah

On 31 December 2012, Leah, the second eldest of our four children turned fifteen. Leah had a GP appointment that day, regarding some minor ailments that were bothering her. Our GP was very vigilant and ran some blood tests. The outcome of those blood tests set in motion a train of events that has forever altered the landscape of our family.

Leah had a very low white cell count, she was slightly anaemic and she had a reduced platelet count. A variety of tests were ordered immediately and Leah attended the adult haematology department of our local hospital.

The outcome of these tests did not point to a diagnosis that could explain all her symptoms and the doctors were puzzled. Her consultant warned me privately to maintain an attitude of ‘watchful normalisation’ – to keep Leah’s life as normal as possible but to phone the Oncology/Haematology helpline immediately if she showed any signs of illness. By mid-March 2013 Leah’s consultant was very upbeat; they were now 95% sure that there was nothing seriously wrong with Leah. They were just going to run a few more tests to put everyone’s mind at ease. 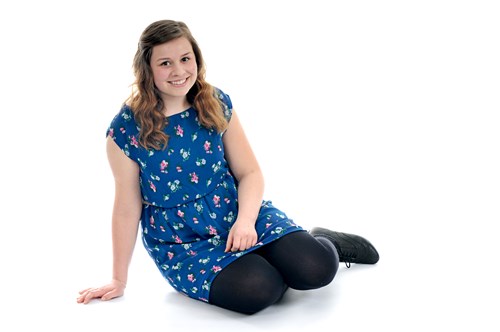 ONE PHONE CALL CAN CHANGE EVERYTHING

On Friday 19 April 2013 at 4.30pm our house phone rang. A doctor we had never met was calling from a hospital that we had never visited. He informed me that Leah had Myelodysplasia (a rare form of bone marrow failure very unusual in children). Leah urgently needed a bone marrow transplant. He wanted all of us in his consulting rooms in Belfast on Monday. I became very distressed while conversing with this doctor. Leah sat beside me googling everything on her smartphone and saving screenshots of the pages brought up by Google – this was how she was given her diagnosis.

Leah’s younger brother was a 10/10 compatible donor and we were referred to Bristol Children’s Hospital for Leah’s treatment. Leah also had Monosomy 7, an acquired chromosomal abnormality. On our first visit to Bristol we met Dr C., one of the most compassionate and most knowledgeable consultants I have ever encountered. Although he was the fifth haematologist to meet our daughter, he asked her questions that had not been asked before. He suspected that Leah’s illness may have been caused by a very rare genetic mutation: GATA2. Gene sequencing confirmed Leah had a GATA2 deficiency.

My world was falling apart. One day I asked Leah how she was coping with it all, she calmly replied “God has a plan for my life mummy; we’ve got to see the bigger picture.”

FAR FROM HOME AND FAMILY

In mid-July 2013 I accompanied Leah to Bristol for her treatment. The facilities at the hospital and in the CLIC Sargent Hostel were excellent, but Leah was very lonely and homesick and she was at times very unwell. The bone marrow transplant eradicated the myelodysplasia and monosomy 7, but Leah developed some very unpleasant complications – the transplanted immune cells started to attack Leah’s cells and she also developed severe haemorrhagic cystitis.

We finally made it back home in November and Leah concentrated on studying for her GCSEs with the help of a home tutor. She had already sat some of her GCSE modules on the Oncology/Haematology Ward of our local hospital and got an A in those. Every Friday we drove the 140 mile round trip to Belfast City Hospital to monitor Leah’s condition. Every Friday our consultant smiled and told us how well Leah was doing.

By early December the pain in Leah’s back was excruciating. My heart silently broke as I watched our daughter endure so much. She had developed a wedge compression fragility fracture of her spine. Nevertheless Leah continued daily with her studies and planned to sit her GCSE maths module exam in January. She was a very diligent student and was predicted to get very good grades.

THE BEGINNING OF THE END

On the 28 December 2013 Leah suddenly became very unwell and was admitted to hospital in Belfast. The following day Leah was transferred to an intensive care unit (ICU) due to respiratory failure. Within days Leah needed a ventilator to help her breathe. Every possible effort was made to save Leah’s life, but devastatingly, her medical condition continued to deteriorate and she never responded to any treatment.

During the two and a half weeks that she spent in the ICU, Leah was calm and peaceful, listening daily to her favourite Christian music. Leah hugged us and kissed us and she told us all how much she loved us, typing on her iPad to communicate. On Thursday 16 January 2014 Leah was transferred to the Northern Ireland Children’s Hospice where she died later that day, in peace and dignity, surrounded by love.

A post mortem confirmed the cause of death as Idiopathic Pneumonia Syndrome, which is a very rare complication of transplant.

Written by Vicky, wife of one, mum of four, heartbroken forever. Following participation in the Building Rare Communities Programme that was run by the Genetic Alliance UK in conjunction with Rare Disease UK in 2017, Vicky set up an online support group for patients and carers affected by a GATA2 genetic mutation. This group can be searched for on Facebook or accessed via this link.