February 14th 2014 was a Valentine’s like no other. We were telephoned by our geneticists secretary the week before and invited up to the hospital for a meeting, to us this was a general catch up appointment as they had mis-diagnosed our daughter the month before.

When I walked into that consultation room my heart hit the floor. We were greeted not only by Imogen’s geneticist, but another geneticist from the hospital, a paediatrician and a councillor. Then, the discussion I’ll never forget began…….

‘As you are aware we tested Imogen for Alagille Syndrome which came back negative…….so we did more research into Imogen’s features and tested for another syndrome, it came back positive. She has Myhre Syndrome’.

At this point I could not hold back the tears and broke down, not from sadness but from relief, our precious little daughter finally has a diagnosis. The geneticist then began to explain to me about the syndrome, firstly that it was extremely rare and Imogen was the youngest EVER diagnosed, she was the ONLY child in the UK with this syndrome and number 33 in the WORLD!

Due to the syndrome being so rare, the geneticists were very vague about Myhre, they themselves had to research the syndrome before our discussion. They could only tell us about the literature they had read. They handed me some printed out papers they had found online and offered us counselling. We left the consultation room with our heads in a whirl wind……and so our journey truly began. 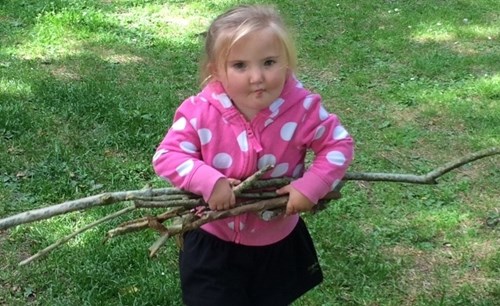 Myhre syndrome is an extremely rare inherited, autosomal dominant condition (meaning you only need one copy of the faulty gene to have the disease). Myhre syndrome affects many functions of the body. This is because the gene that is mutated, called SMAD4, is part of an important cell signalling pathway, which allows cells in the body to communicate to each other. When the communication (signalling) is abnormal, as is the case with the faulty SMAD4 gene in Mhyre syndrome, it can (and does) affect the development of many body systems – which explains why Imogen has many, varied, symptoms and features.

Key features of Myhre syndrome include

Imogen has many features of Myhre which led to her diagnoses

Imogen has many professionals involved in her care and each area of her condition is managed separately. The SMAD4 gene was not identified in our parental samples, and is therefore most likely arisen de novo (at conception).

Imogen wears a DMO (Dynamic Movement orthoses) suit for her scoliosis, leg splints, hearing aids, glasses (when she will tolerate them) and has regular medication.

Despite all this, Imogen is the happiest little girl and is full of energy. She enjoys going out places with her friends and has a good sense of humour. She is outgoing, determined and truly independent. She makes us smile and very proud every second of every day. Imogen is our little princess.