Never in a million years did I ever think I would be where I am right now – in what started out as a little bit of unsteadiness on my feet, slight dragging of the feet and heaviness/numbness in my legs. I work outside, so naturally I thought that it was the result of a particularly strenuous week at work, but the feeling never subsided (despite hoping it would). Things reached the point where others noticed and encouraged me to get it looked at urgently. After a handful of GP, fracture clinic and neurology appointments, MANY blood tests and a MRI scan of my spine and brain, I received a letter to say that the findings were in-keeping with a condition called adrenomyeloneuropathy or ‘AMN’ for short.

Looking back on it now roughly nine months later, it was hands-down the worst day of my life – the real life equivalent of someone sneaking up behind you and pulling the rug out from under your feet. It was equally as distressing to find out about something like this through an unemotional, clinical term-laden letter. That day changed absolutely everything for me, but I would argue that the changes it brought about were actually for the better. So much is in focus now, whereas before it wasn’t. 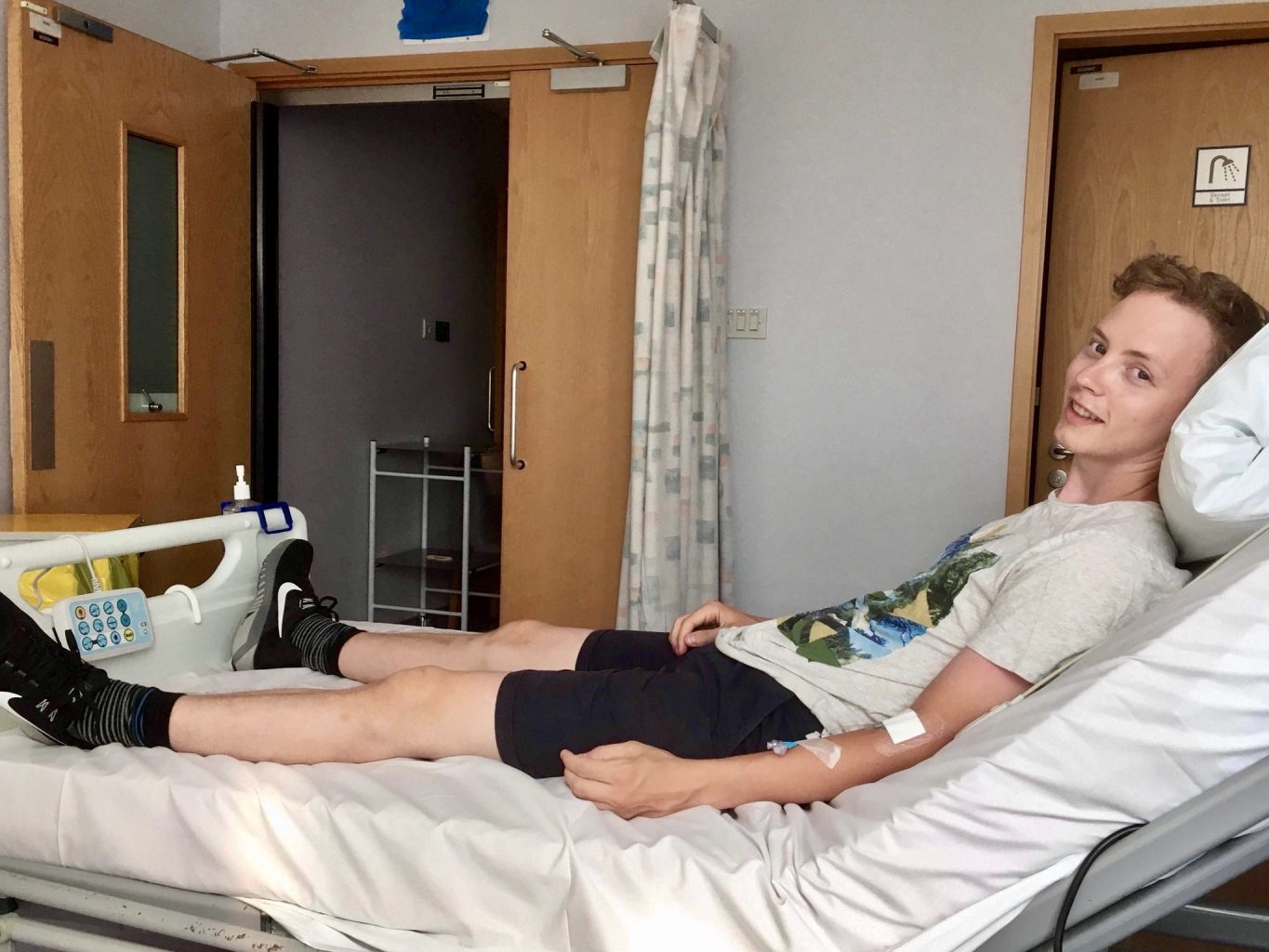 As I have long struggled with my mental wellbeing, over the years I have built up much tolerance to hardship and can take things on and move forward more easily.

I tried to learn as much as I could ‘staring down the barrel of the gun’ early on in my diagnosis to come to grips with everything, which I believe is key to acceptance. Despite this, it’s equally as important to be resilient. It’s so easy to dwell on the negatives. As humans living in this social climate, it almost feels like we’re wired to see the gloomy side of everything, whereas in reality there is a divine beauty in the big and small of everyday life that I’m now committed to seeing and reminding others of as well. It’s almost become my calling now, I suppose. It hurts to see others hurting over what’s happening to me, and that to me is more painful than the symptoms that I have to live with. 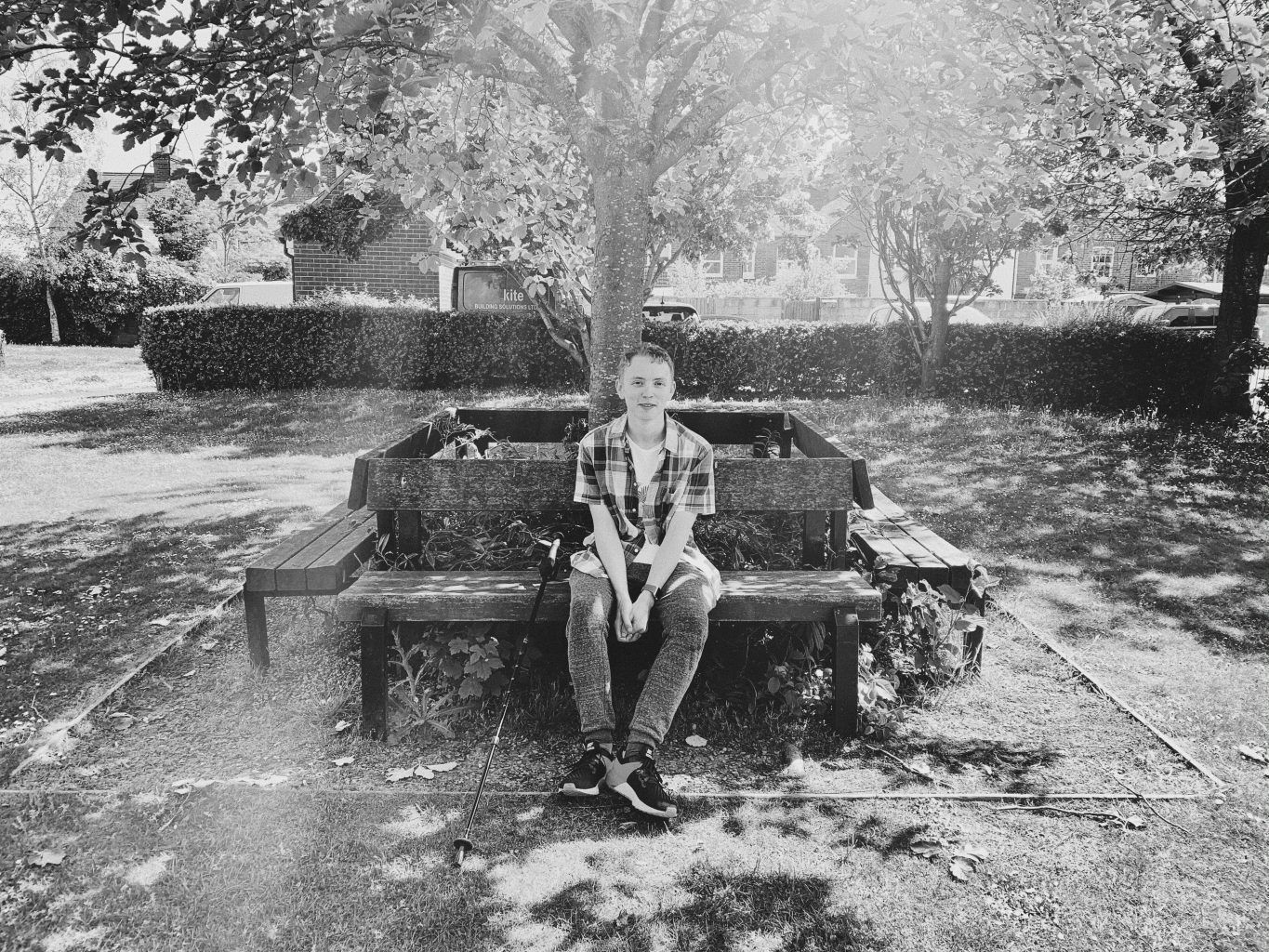 From the moment I received the news about my diagnosis, after an initial wobble, I decided I was going to be as proactive as I could about managing the condition. To keep myself motivated and to gain a greater understanding of my physical health, I immediately went and bought a smart watch to record my movements. I booked many GP appointments in the months after to manage my symptoms as best I could. It finally made me realise the importance of being able to drive, as walking long distances under time pressure has become a hassle, so I set out and passed my theory test first time and will start practical lessons using hand controls in the near future. All big achievements for the boy who once felt so overwhelmed by the world around him that it caused him to stagnate. Being able to work and study both part time is also incredibly fortunate so that I do not have too much downtime. 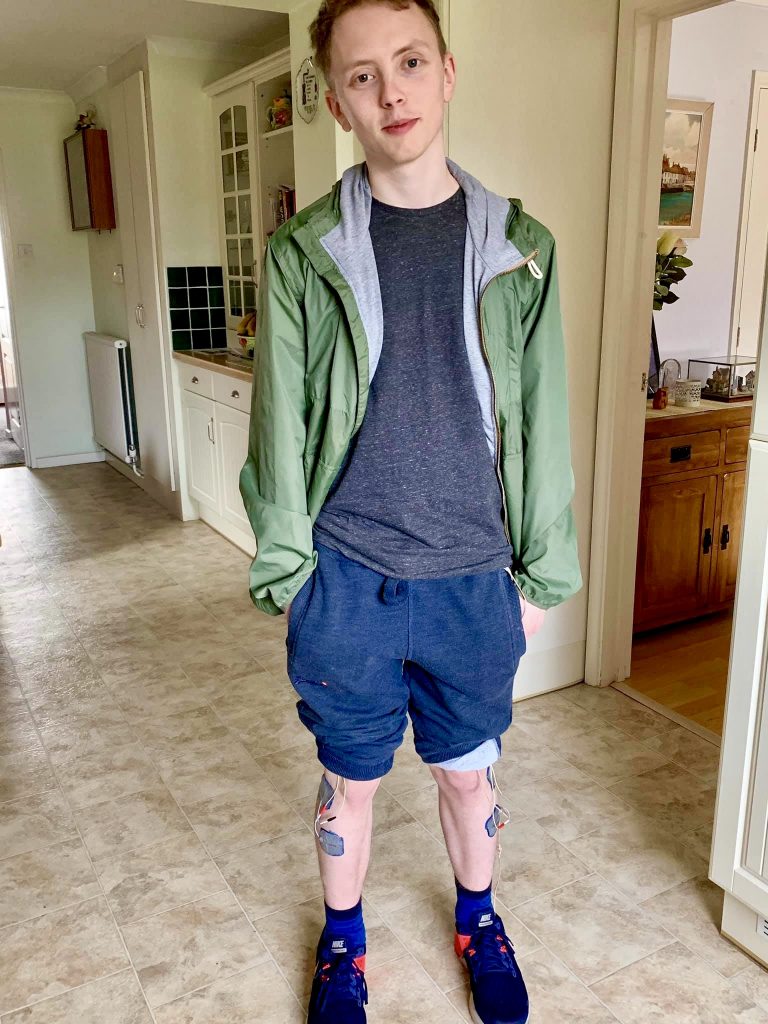 To learn you have a progressive neurological condition with no current cure or worthwhile treatment can feel like the end of the world. It sure did for me for a good while, despite trying your best to be proactive it can still feel like a losing battle,and in some ways it absolutely is. I’ve had to basically reinvent myself to see things more positively now, and to learn to appreciate and value things more than I’ve done before, which has been an invaluable experience. Without the love and support of those around me, I know I’d be lost, so they are the reason I keep fighting on more than anything else.

Adrenomyeneoropathy (AMN) is an inherited metabolic disorder. Around 30,000 men and women in the world live with AMN. It is caused by mutations in the ABCD1 gene; this gene is also involved in ALD, which is a severe degenerative disease that mainly affects young boys. The result is a fatty acid buildup caused by the relevant enzymes not functioning properly, which then causes damage to the myelin sheath of the nerves. Symptoms include stiffness, weakness and pain in the legs, also known as ‘progressive spastic paraparesis’. The nerves to the bladder, bowel and sexual organs can also be affected by AMN. Mobility can gradually deteriorate to the point where the sufferer eventually loses the ability to walk and becomes wheelchair-bound, but this does not happen to all sufferers. About 20% of men with AMN eventually develop some damage to the nerves in the brain, which may result in dementia-like symptoms. There is currently no cure or direct treatment for AMN, only the symptoms are treated.

Matthew works part-time is a part-time student at The Open University. A proud step-dad to Noah and partner of Rosie, Matthew loves to spend his spare time outside, taking nature and landscape photographs, technology, playing video games and listening to atmospheric music. Matthew was diagnosed with AMN in mid-2018.

Matthew – both sporadically – posts his photographic work to Facebook and updates his blog with the latest happenings on Tumblr.