Best storytelling by a small charity

‘My story may be unique in some way; however, it is not uncommon. People with thalassaemia fight battles that the “healthy” can often take for granted.’

‘In many ways Amarii is a “normal” four year old boy; he always wears a cheeky smile, loves to play, and likes nothing more than playing dress up! But in reality Amarii has been diagnosed with the ultra-rare and devastating condition, Niemann-Pick disease type C (NP-C)…’

‘Rare disease, scare disease.’ Will has four cavernomas and lives with epilepsy and seizures as a result. He’s currently bravely awaiting surgery and continues to tirelessly campaign to raise awareness of his condition, to inspire and to make people smile!

‘Daniel believes his daughter outlived her prognosis by five years because the family placed her in an environment of normality and love. She was a big sister … we went to music halls, to parks, doing all the things you’d do anyway living in London. And that normality helped her to be part of the family, rather than just the focus of pure attention, with everything revolving around her.’

‘As soon as I started to learn to walk again after my stroke, I thought it was a great idea to sign myself up for a 10km race. So, less than a year after my stroke and having had to learn to walk again I ran the London Bupa 10,000 in just over an hour. A few months before I didn’t think I would ever have been able to do this, so crossing the finish line was such an achievement.’

‘When we were first told that Max had aplastic anaemia, my initial feeling was relief. Relief that we didn’t hear the word “Cancer” – in particular leukaemia. All the tests had been pointing towards that, and Leukaemia is the word that kept getting dropped into conversation prior to the bone marrow biopsy.’

Click on the images below to view the complete stories…

Receiving a diagnosis of a rare condition is a major life changing event for families. Often, the first-time people encounter the term “thalassaemia” is during pregnancy or after the birth of their precious baby. Like my parents and many families that I’ve had the pleasure of meeting over the years, the diagnosis of their child having beta thalassaemia major shattered the world they once thought they knew.

As a severe form of thalassaemia is inherited from both parents who usually carry the trait unknowingly, testing is only offered in England after a woman becomes pregnant; despite it being covered by the NHS at any point in someone’s life. If the mother was identified as being a carrier of the condition, only then would the biological father be offered an invitation to be screened. Following a positive result from the father or if the father is absent or declines, Read the rest 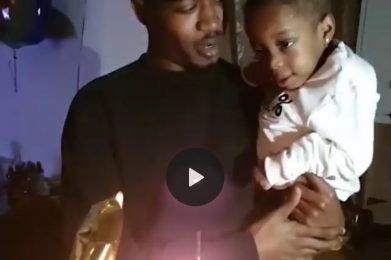 In many ways Amarii is a “normal” four year old boy; he always wears a cheeky smile, loves to play, and likes nothing more than playing dress up! But in reality Amarii has been diagnosed with the ultra-rare and devastating condition, Niemann-Pick disease type C (NP-C)…a condition often referred to as “Childhood Alzheimers” due to the severity of the symptoms that often accompany it.

Click below and text SCE to 70460 to vote and donate to support rare diseases.

Texts cost £1 plus your standard rate message. You will be charged every Read the rest

CAUK Young Person’s Ambassador Will Sears, who has multiple #cavernomas, has written a poem about his condition, what it’s like to live with a #raredisease and how CAUK have helped him throughout his journey.

A cavernoma is made up of abnormal blood vessels and can be found in the brain and/or spinal cord and looks like a raspberry. 1 person in 600, in the UK, has a brain cavernoma without symptoms (asymptomatic). This equates to roughly 90,000 people – enough to fill Wembley Stadium.

A spinal cavernoma is rarer than a brain cavernoma. 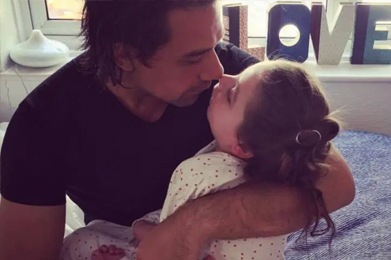 Amelie Story: You can carry on or give up

Daniel and Patricia Lewi were worried about their 15-month-old daughter Amelie. She had begun crawling and babbling like any other child her age but abruptly stopped. Other than that, she had a healthy appetite and was “beautiful and absolutely perfect” to her parents. “We thought it very strange for a child not to do something once they had started, so we took her to the doctor,” says her father Daniel, now 39.

In 2011, Amelie was referred to the Lewis’ local hospital in South London on the suspicion that she had a brain tumour. Multiple tests were carried out, including one to examine the back of her eye for the presence of a cherry-red spot.

Then, two weeks later, a bombshell was dropped on the Lewis: Amelie had Tay-Sachs, a rare and progressive neurodegenerative disease affecting just one in every 320,000 Read the rest 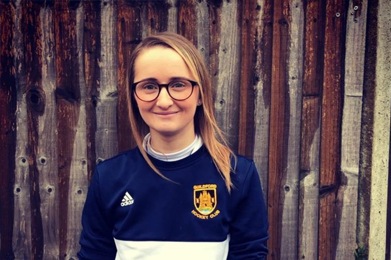 Next in our ongoing ‘Your Behçet’s Stories’ series, we heard from Lauren who told us about how she was diagnosed with Behçet’s following a stroke, her love of playing hockey, her ambition to become a paramedic, and much more! Thank you very much to Lauren for sharing your story with us! If you’d like to take part in the series as well, the details are at the bottom of the page.

Lauren is 28 and lives with her fiancé in Essex, having recently moved from Surrey. She is a Student Paramedic and enjoys playing hockey and being as active as possible. She was diagnosed with Behçet’s in 2012 after having a stroke, but had symptoms from around the age of 11, as well as multiple unexplained hospital admissions throughout her childhood which now make sense.

WHEN AND HOW DID YOU GET DIAGNOSED WITH BEHÇET’S?

When I was younger, Read the rest 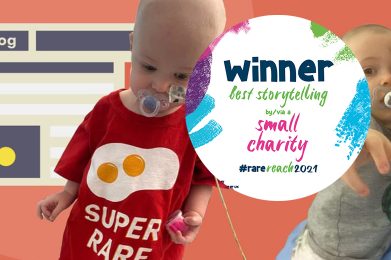 When we were first told that Max had aplastic anaemia, my initial feeling was relief. Relief that we didn’t hear the word “Cancer” – in particular leukaemia. All the tests had been pointing towards that, and Leukaemia is the word that kept getting dropped into conversation prior to the bone marrow biopsy.

The doctor & nurse who broke the news to us were fantastic – when they told us it was aplastic anaemia they also made it clear the severity of the condition, what the condition actually is, the next step & treatments available.

Obviously myself and my partner, Rachel, had already had accepted it was leukaemia – and were readying ourselves to fight that. Getting the diagnoses of aplastic anaemia knocked us back, simply because we had never heard of it. Even when the Doctor told us what it was, we still had to take Read the rest