Rare Disease Day provides the rare disease community across the world with the opportunity to increase awareness of rare diseases and highlight this public health priority to government and health departments. It is recognised in countries all around the world and this year was held on 28th February (in a leap year it is held on the 29th February, a rare day).

Rare Disease Day 2014 focused on care and encourages everyone in the rare disease community to Join Together for Better Care. Caring for people living with a rare disease has many facets. Some patients have access to medicines while others have no treatment available. Some patients are independent while others require intensive physical assistance and equipment. Care can consist of specialist equipment, expert medical consultation, physical therapy, social services, medicines, respite for family members, and much more. For most children and adults living with a rare disease, primary care is provided by family members.

To mark Rare Disease Day, Rare Disease UK (RDUK) held events across the UK. The first event was held in the Welsh Assembly, hosted by Rebecca Evans AM. The event focused on the importance of the UK Rare Disease Strategy, which was published in November 2013, and its future implementation in Wales.

Dr Chris Jones, Deputy Chief Medical Officer for Wales, informed attendees of the plans for implementation of the UK Strategy in Wales; these include looking at co-ordinating care in an integrated way and balancing the distribution of services across Wales. He also stressed that the Welsh plan would be a living document that would continually evolve to best improve the situation for patients, families and clinicians.

Our next speaker Marie Jones gave a moving account on her son’s experiences of living with Tuberous Sclerosis Complex and welcomed the improvements that the implementation plan could bring for her family.

The event was a huge success and it was great to see so many people attend to mark Rare Disease Day in Wales. 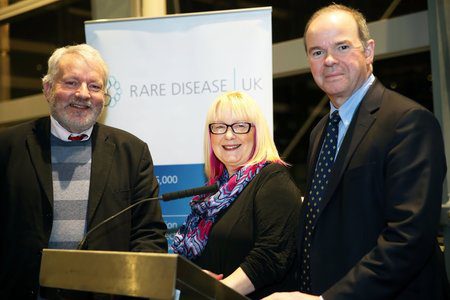 Our second parliamentary reception took place in the Scottish Parliament and was hosted by Bob Doris MSP, who noted that 300,000 people in Scotland are affected by a rare disease at some point in their lives. 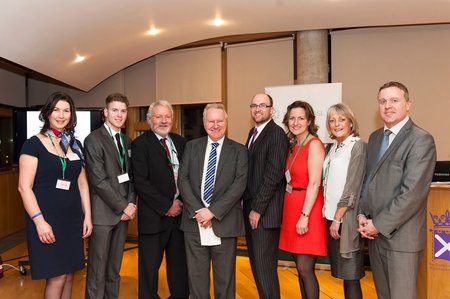 In England, our reception was hosted by Liz Kendall MP in the House of Commons. Around 140 people attended the event to mark Rare Disease Day.

Speakers also included Earl Howe, the Parliamentary Under Secretary of State for Quality, who holds the rare disease brief.

Earl Howe announced that Deputy Chief Medical Officer for England, David Walker, would be the new National Lead for Rare Disease in England.

Our final speaker Dr Beverly Searle, CEO of Unique, gave an interesting account of her intertwined personal and professional experiences, as both a mother of a child with a rare chromosome disorder and as a post-doctoral researcher in genetics. 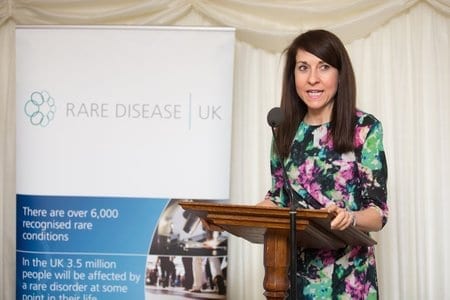 If you want to know more about what is happening in your nation, you can visit the rare disease page on the Department of Health website.