My journey to a mast cell activation syndrome diagnosis

I used to be one of those people who live their life at 100mph. I was an excellent student, an aspiring actress, a poet, a runner, and a volunteer at my church. I believed I could and would have it all, and I relished life.

It was when I was in my second year of a law degree at Oxford that I began to struggle to keep up with myself. My symptoms started with gastro problems, first with painful bloating and excruciating abdominal cramps and then with recurrent diarrhoea that left me exhausted. I began to be afraid to go out unless I knew where the nearest toilets would be, as the painful cramping and diarrhoea could strike suddenly at any time and leave me desperate and crying.

My GP at home suggested food intolerances so I began to eat a wheat free and then a gluten free diet, which relieved my symptoms a little. But over time the symptoms intensified so when I graduated and moved to London my new GP referred me for an endoscopy and colonoscopy, which found nothing. It was then that my GP began to suggest my symptoms might be stress-related. I was unconvinced, certain my stress was stemming from rather than causing my physical symptoms, but I deferred to the doctors.

Pretty soon I began to feel constantly exhausted, unable to retain the food I ate. Balancing studies at Bar school, part-time teaching and a new marriage with my deteriorating health left me broken and unable to cope. My GP tested me for depression and anxiety and referred me to cognitive behavioural therapy, where I learned methods to cope mentally and emotionally with my feelings of desperation and despair.

Unfortunately my journey still had to get worse before it got any better. After a year working as a barrister I found I couldn’t cope and made a career change into teaching. As any teacher will tell you, when you first start working with kids you catch everything that goes around, and I became recurrently ill, catching every cold, flu or tummy bug that came my way. But, unlike my colleagues, I didn’t seem to start to build immunity, instead getting ill more and more frequently.

Pretty soon I started getting lots of new chronic symptoms like muscle and joint paint, persistent nausea, heart palpitations after even mild exertion, urticaria and profound fatigue that I just could not shake. I also noticed that after eating I would get tremors, difficulty breathing and a feeling that all my nerves were jangling. I went from being someone who could complete an intense spinning class no problem to being left breathless and with my heart pounding after climbing one flight of stairs.

Refusing to be Beaten

After countless blood tests and a brain MRI, my GPs insisted all of my symptoms were stress-related, with one doctor telling me everything was ‘in my head’. It was then that I decided to take matters into my own hands and research my symptoms myself. I discovered that all my symptoms could be explained by allergic-style reactions, so I paid to consult a private allergist in London. This allergist suggested Mast Cell Activation Syndrome and suggested some medical papers for me to read.

I changed GP and happened upon a fantastic and supportive NHS GP who was aware of mast cell diseases. She referred me to a mast cell specialist who sees NHS patients. I am now taking strong anti-histamines and a leukotriene inhibitor and on this medication my symptoms have all but disappeared. I still get flare-ups, and I have to eat a very careful low-histamine diet and avoid the triggers of my symptoms, which include fragrances and the cold, but I am back to being able to live life instead of being a prisoner to my illness.

During the worst stages of my diagnosis journey I feared I would continue to descend further and further into illness and never be well again. For many MCAS sufferers diagnosis can take decades, leaving them suffering with disabling symptoms for the best part of their lives. Today, although I am not back to my old super-energetic self, I am able to pursue life goals again: I just finished my first year of a PhD in English Literature. Although my health journey has been a painful struggle, it has made me a more resilient person, and the fact I am rebuilding my life again is a testament to the enormous impact the right treatment can have. 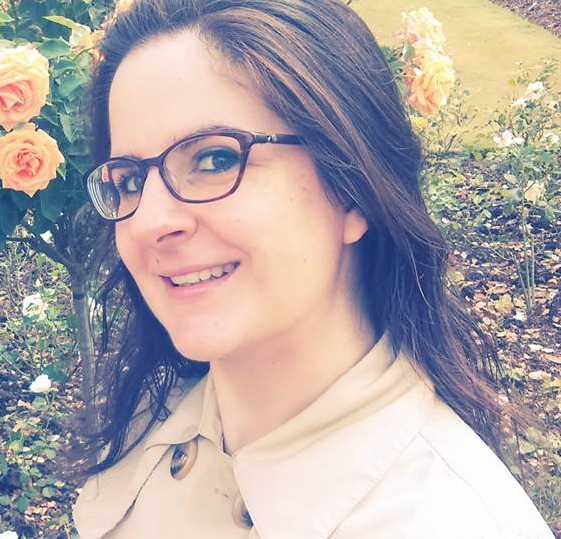 Karina is a founding member of Mast Cell Action, a new UK charity representing those with mast cell diseases. Follow them on Facebook and Twitter @MastCellAction. Their website will launch soon at www.mastcellaction.org. Their email is is [email protected].