Too rare to name

The day I was told that my newborn had a health problem is still fresh in my mind even though nine years have passed. The fear of the unknown. We underwent many different medical tests but the results always either came back normal or abnormal with unknown significance. We joined SWAN (syndromes without a name) UK when Roo was 18 months old and we finally realised we weren’t the only ones with unanswered questions.

Roo was put onto the Deciphering Developmental Disorders (DDD) study when he was three years old as his genetic consultant thought he had a rare, genetic condition that was causing all his issues. The months, then years went past and we had no word from it. Every time the postman delivered the mail I used to think ‘please let there be THAT letter’ but it never came. I soon lost hope in ever getting a diagnosis.

Almost five years passed when out of the blue we got an email from our genetic consultant asking if we could attend an appointment the following week as they had had results back from the DDD study! We were shocked and amazed as we had almost given up on ever finding an answer, but now it was possible we would get one. That week was one of the longest weeks ever and I hardly slept.

It was hard because we waited so long for an answer and then when we were told the result they said that the condition was so rare that they had no information on it  and that we needed to wait until more research had been done which could be years. We were given the result in 2017 so three years have passed and we have more or less been left in limbo. The diagnosis has no name, just letters and numbers, there are no support groups and even Unique has no information on it.

Thankfully we still had the support of SWAN UK. There were other parents who were in the same situation as us and had no other support groups they belonged to.  We went through a strange set of emotions – disappointment that the diagnosis meant nothing, frustration that it gave us no answers as to the cause of his issues and what his prognosis would be as he got older. But there was also a sense of relief. For years I had blamed myself,  but the results showed that his genetic change was de novo, meaning it wasn’t passed on from myself or my husband. This also meant that our other children wouldn’t be carriers of the condition as it was a spontaneous mutation that happened as he developed inside me. 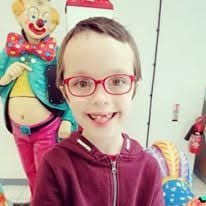 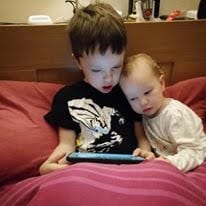 I have a Facebook  page which is linked to my blog that I have written since Roo was a toddler. It helps me to write my feelings down and I started using the hashtag of the mutation Roo had in the hope that one day someone who had a child with the same diagnosis would find my page and get in touch.

Amazingly, a lady from America got in touch as her little boy had the same diagnosis. It was great to be able to be in touch with someone else who had a child that had the same diagnosis. We got talking and she gave me a lot of information that the consultants here had been unable to give us. She even put us in touch with the doctor doing research into the mutation Roo has. I got in touch with him and was amazed to hear that there were several other children with the same diagnosis. Most of the children shared the same genetic change with at least a few other people, but  Roo was the only one in the world with his exact genetic change. While that was a bit disheartening it was still amazing to hear that there were others out there with the same diagnosis and I only hope that one day we all be able to form a support group or something. Meanwhile I’m so glad to have made friends with the lady from America. 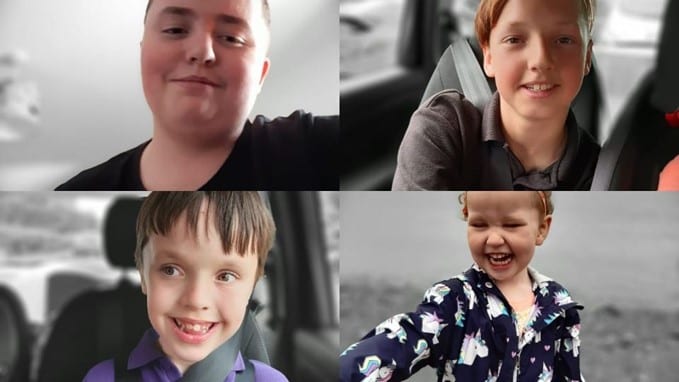 Living with an extremely rare syndrome is hard as there is no prognosis for the future. You don’t know if new issues that crop up are related to  the condition or not. Technology is advancing every year so there is hope that we will get answers at some point, we just need to learn to be patient and focus on the present, making sure all the support and care is in place. I also have a daughter who has a rare syndrome herself (Waardenburgs syndrome) but hers is more well known as there are several thousand people with her syndrome so there are support groups around. So, we have experience of living with a rare syndrome that is ‘known’  and a rare syndrome that is ‘unknown’.

Despite all his issues, Roo is the happiest child who takes great delight in the very simple things. He makes you stop and realise what is important in life. He can light up the darkest room with his smile and happy nature. He is simply amazing just like his sister and brothers.

Jenni is married to Warren and they have four children, two of whom have a rare genetic syndrome. Jenni is a stay at home mum and a carer for her sun. Jenni blogs at rainbowdust2.blogspot.com.

PrevPreviousThe Long Road to Diagnosis
NextBoth sides of the NHSNext