The Long Road to Diagnosis

When it all became apparent

Getting a diagnosis was something that really played with my emotions, causing great anxiety and taking up an enormous amount of time. It was in 2015 when I first began to realise something was wrong when the hearing in my right ear suddenly dropped and I started to become unsteady on my feet. My ventriculoperitoneal (VP) shunt (a medical device that relieves pressure on the brain) then blocked and I had an operation to revise it, but my problems persisted.  Numerous trips to A&E and being told nothing was wrong had really got to me, especially as my symptoms weren’t getting any better. One of the neurosurgeons at A&E finally suggested I see a neurologist.

I saw three different neurologists and by the time I’d seen the second I’d developed double vision. The second neurologist then suggested I had a lumbar puncture. When I attended the appointment to see the third neurologist he proceeded to look further into what was going on, carrying out multiple lumbar punctures in the neurology day clinic. I became a bit of a regular at the day clinic in a short space of time, and knew something wasn’t right when the junior doctors kept asking me if my spinal fluid is always yellow. After the fourth or fifth lumbar puncture my neurologist admitted me to the neurology ward. 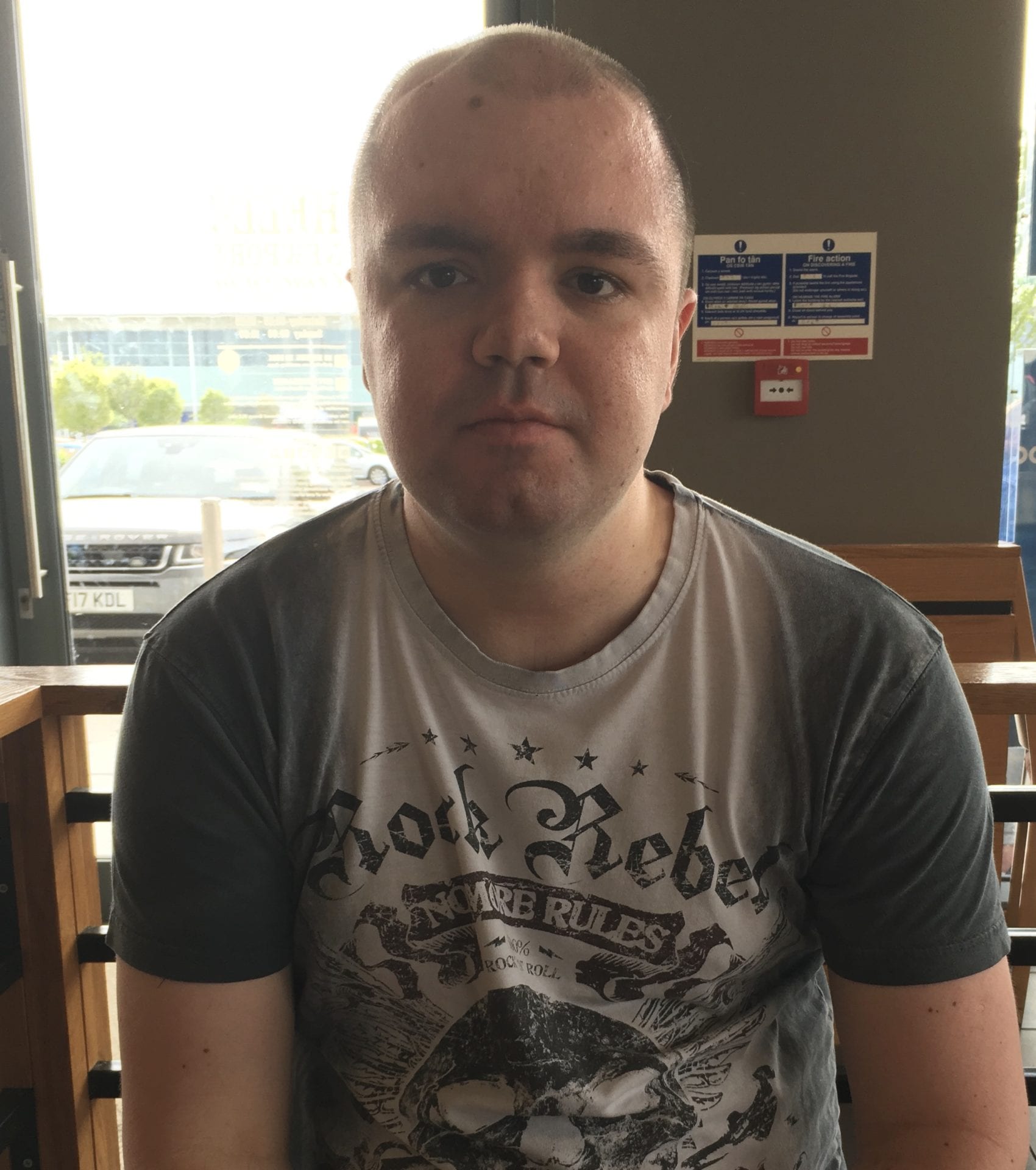 By the time I was admitted to the ward in August 2016 I was really anxious and depressed. I had missed so much work and was continually deteriorating, my passion of playing music in my band was getting so difficult; I was struggling to hear and even stand up in the practise room. I had resorted to playing acoustic guitar at open mic nights as I couldn’t make out what was going on with multiple instruments in a band environment.

On the first night of my admission on the neurology ward I was just about to go to sleep at around 10pm when a surgeon came around to take spinal fluid directly out of the shunt in my head. I’d had this done before so knew it was going to be okay and nowhere near as painful as a lumbar puncture can be. My neurologist came to see me and told me he had reviewed some of my previous CT scans and noticed there was thickening at the back of my head. He told me he would like to carry out an MRI scan of my brain.

It was now about the fifth day into my admission and I still hadn’t had my MRI.  I was getting even more anxious and finding it really hard to cope. The other patients on the ward were constantly having tests and I was just laid in my bed waiting for some movement towards finally getting a diagnosis. Eventually I spoke to a doctor who advised me that my consultant was not in, but she said she would text him as it was taking a long time. The doctor came back to me and advised that I would have my MRI scan the following day.

On the eighth day of my admission I had the scan which took over an hour. Straight away upon arriving back at the ward my neurologist and his registrar turned up to tell me that they thought they knew what the issue was and that there was a build up of iron on my brain. He told me he would discharge me and go through things in more detail at his outpatients clinic. I still did not get the diagnosis, but finally I was getting there. 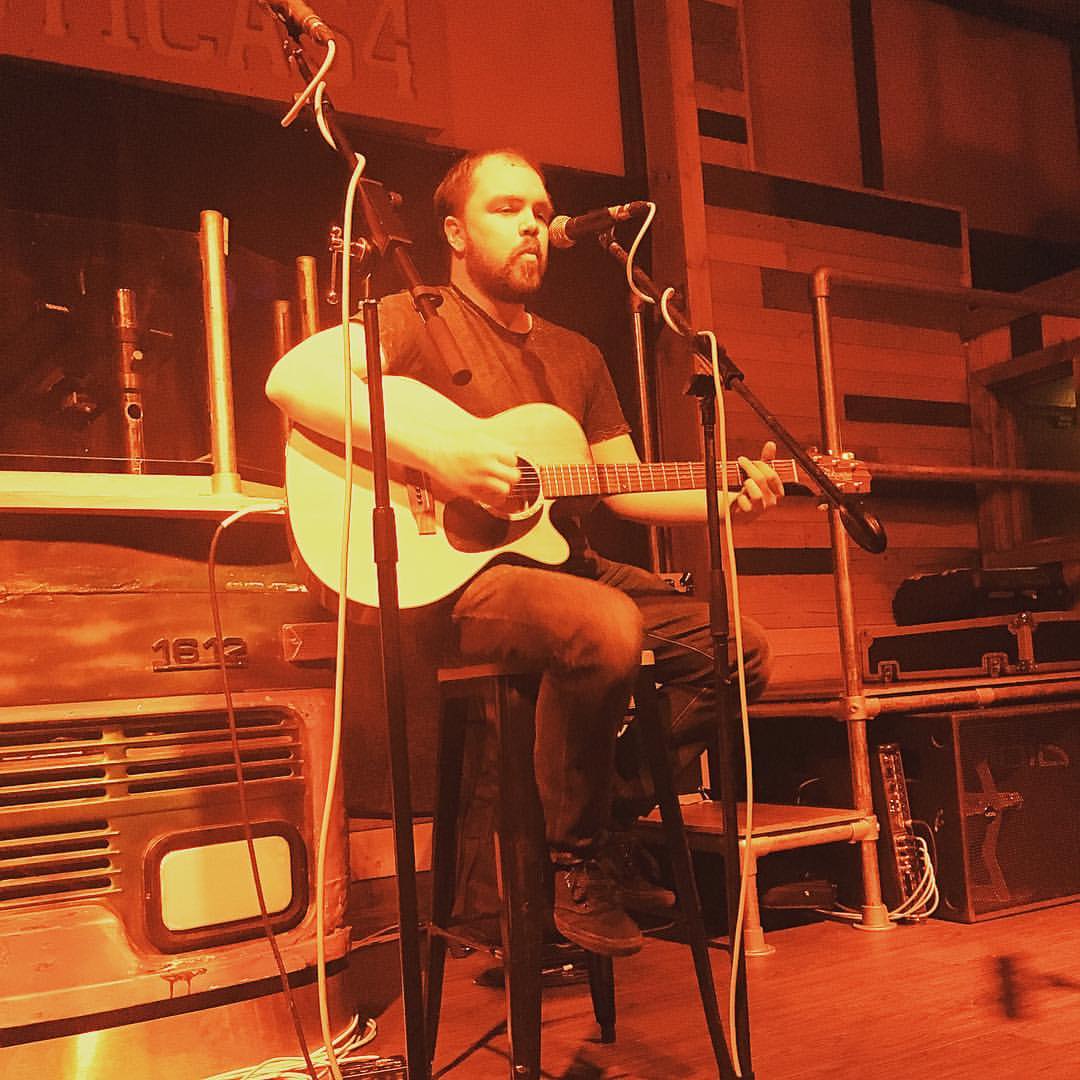 When I attended the outpatients clinic with my parents a short while later, my neurologist also seemed pleased that a diagnosis had been made. He told me that I had a very rare neurodegenerative condition called superficial siderosis. My reaction was ‘wow we finally got there’, and I was told to look at a small charity based in England to get more information on the condition. My advice to others is trust your gut, if you know something is wrong, keep seeking answers.

As the condition is neurodegenerative things have gotten worse since. I’ve lost my hearing completely and have great difficulty getting around. Thankfully I consider myself quite clued up on the condition, but sadly there is currently no cure, just hope. I’m taking iron chelating tablets to remove the iron from my brain and spine, but they take years to work and so deterioration will continue until the iron is removed.

My name is Rhys Holmes and I am a 29 year old former data analyst and musician, now spending all my time researching superficial siderosis and liaising with the small worldwide community (around 350 people) that have been diagnosed.