Rare disease patients should have access to specialist care

Rare Disease Day Wales has become an important highlight of my calendar and this year’s event was no exception. In February each year, Rare Disease UK organises receptions across Britain to highlight the importance of Rare Diseases to health professionals, politicians and patients alike. Rare Disease Day is officially celebrated on 29 February (a rare day), and 28 February when it isn’t a leap year. 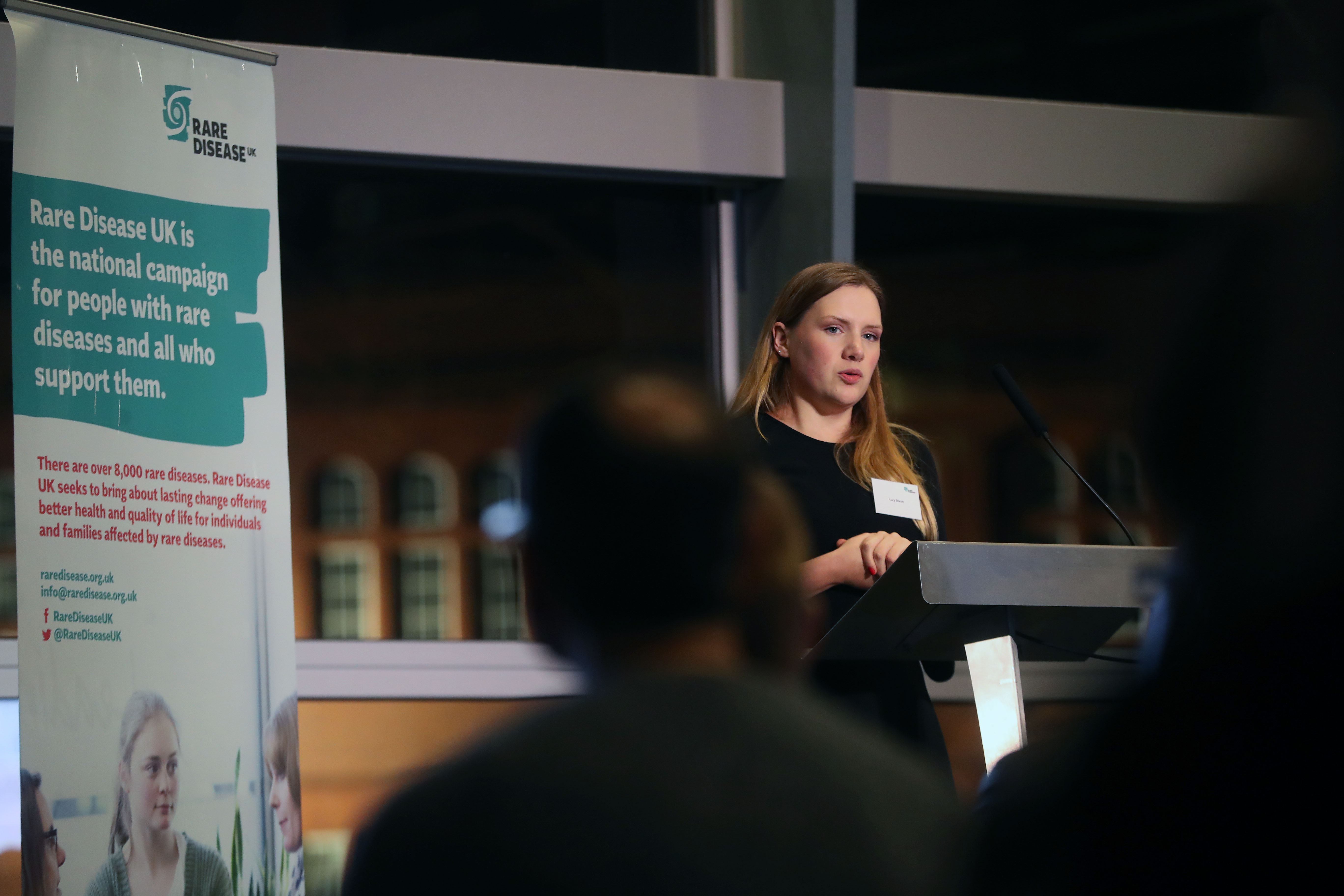 I started attending the Welsh reception on behalf of the Primary Ciliary Dyskinesia (PCD) Family Support Group in 2015 and found it a great opportunity to meet other rare disease patients and also to speak to medical professionals about PCD, many of whom have never heard of it. This year however, I was lucky enough to be invited by Rare Disease UK to talk about my diagnosis of PCD as one of two patient speakers at the event. Before delivering my presentation, we heard about the imminent roll out of the 100,000 Genomes Project in Wales and how it will take an even greater focus on rare diseases, having been advised by the same team in England that the cancer research side of the project was not as successful in terms of delivering results as the rare disease side. We also heard from the mother of two children with Fragile X syndrome, which is another very rare disease.

I then went over the symptoms of PCD, which generated quite a few raised eyebrows in the audience. I think sometimes people are surprised when I describe my symptoms of a wet, productive cough, hearing loss and severe sinus disease and how I also have bronchiectasis, reflux and chronic pain. To the untrained eye, I am an especially healthy looking human. This became even more surprising to many when I showed off some of my ‘mug shots’ and horror photos (they’re not that bad). When I was younger, it never crossed my mind to document any treatment or intervention with my PCD. Nowadays however, I recognise the importance of it, not just for raising awareness but also for use as evidence, for example in certain benefit applications.

My lobectomy scar which goes across my back

One of the amazing things with these Rare Disease Day receptions is that you meet people with other rare diseases and are made aware of what a spectrum there is to just how rare some of these conditions are. I discussed this during my presentation and pointed out that how rare a disease is varies from country to country. In the UK, a disease is considered rare if it affects between 5-10,000 people. We think PCD affects about 3000 people in the UK (1:10,000-1:20,000 depending what you read). On this spectrum therefore, people with PCD are reasonably rare.

I spoke about my own route to diagnosis. Though I was born with pneumonia (as many of us PCDers are), nobody ever questioned that I had an underlying condition. When I was four, my mum pushed for me to see a peadiatrician, as I was constantly catching infections and had an incessant runny nose. We had just moved to Peterborough from rural West Wales and after seeing the local consultant, I was sent to Leicester for diagnostic testing by Dr O’Callaghan’s team. It came back positive for PCD and from thereon in, I was having physio three times a day. We moved back to Wales when I was seven and my childhood was fairly healthy. I caught infections a couple of times a year, but my mum was very proactive in making sure I was having extra physio and keeping up with my oral antibiotics. It wasn’t until I was about fifteen that I started getting trickier infections and began having intravenous antibiotics, firstly once a year, and at its worst nine weeks per year.

The theme of Rare Disease Day this year is ‘research brings hope to people with rare diseases’. This is an important theme and it led me to discuss my experience of being under non-specialist hospitals compared to specialist. Whilst growing up in Wales, I did not have access to specialist care, particularly once I moved into adult care. In 2010 I was starting university at Cambridge and I was referred to Papworth Hospital. It was here that a huge overhaul of my routine took place. I was given different medication, including more specialised antibiotics, more frequent tests and consultations, and new physiotherapy techniques. I found myself having intravenous medication every few months, which is quite stressful when you’ve moved into a new environment and are trying to grapple with huge workloads and making new friends. However, despite the increase in intervention, I am extremely grateful to have received specialist care, as it led to the identification of issues that had previously gone undetected. One of these was that the middle lobe of my left lung (I have situs inversus) was completely collapsed from bronchiectasis, and this was thought to be giving me some pretty bad infections. It was increased monitoring of my condition that led to better intervention and then better quality of life. In my case, instead of plying me with unnecessary amounts of antibiotics, I had that lobe removed, which had a stabilising effect on my condition. 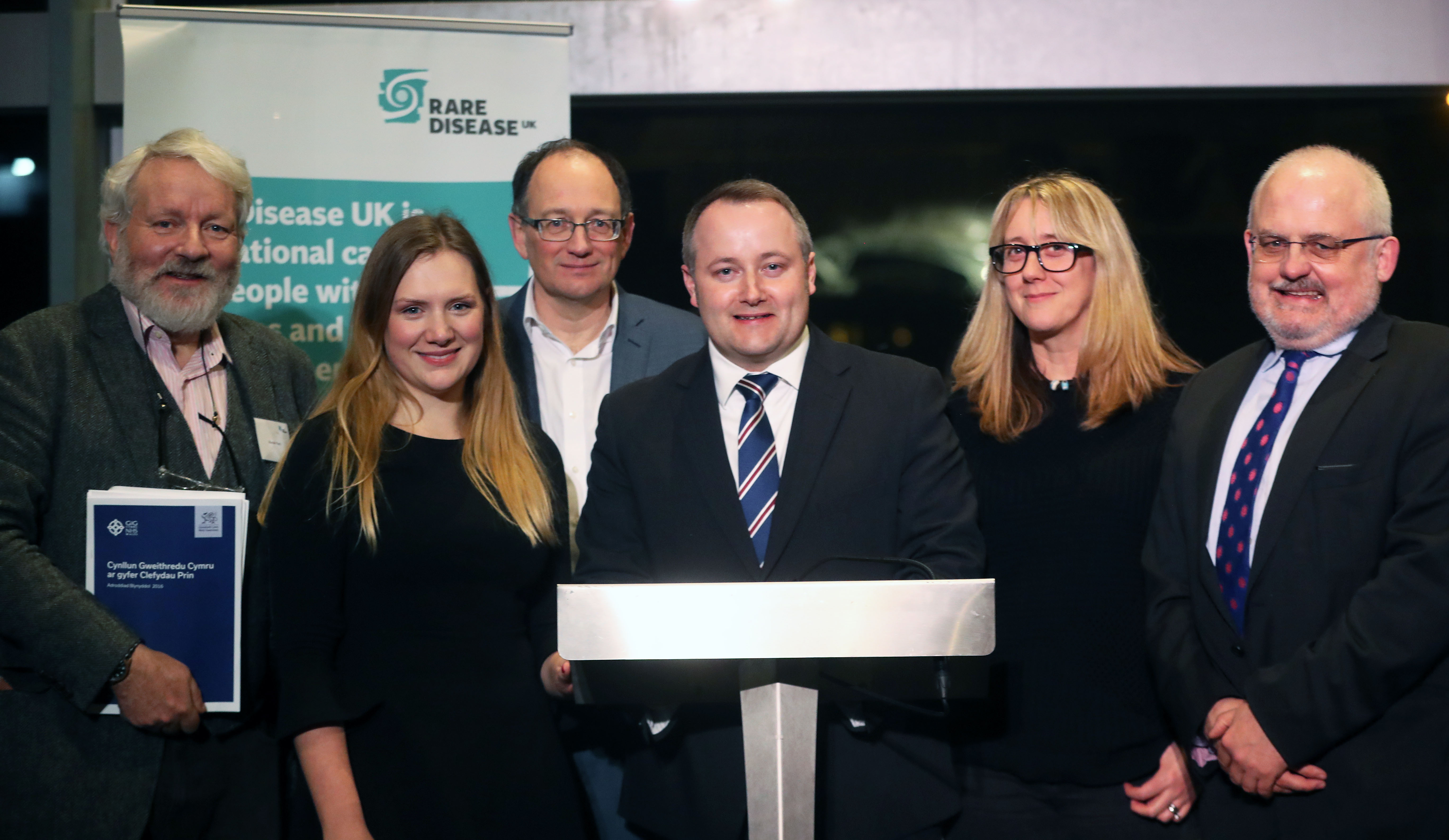 Having, I’m sure, thoroughly depressed several members of the audience, I reminded them that good management of PCD accompanied by specialist advice, allows patients to lead relatively normal lives. I showed them a time lapse video of my treatments (sinus rinses, nebulisers, physio, pills… you know the drill) and then some photos of my happier achievements, that I owe to having good health: getting my first job, travelling around Canada, and going to university.

I rounded up my presentation with some hopes and messages for the future, not just for those with PCD but also all those with rare diseases. Here they are again:

For rare disease patients: I hope that regardless of where they live, rare disease patients should have access to specialist medical care. I believe that this is the bare minimum a rare disease patient should ask for, and that financial support should be made available for those having to travel long distances to access it. We are lucky that for PCD we have no fewer than four specialist centres: Southampton, Royal Brompton, Leeds/Bradford and Leicester. I noted that as someone growing up in rural West Wales, I did not have access to this level of care, and nor would I have been able to afford to cross the country on a regular basis to access one.

For society as a whole: That quality of life is given precedence over cost and convenience of healthcare, and that MPs and Assembly Members work harder to achieve equality in our health systems across the UK. I suggested that more innovative approaches, such as Skype consultations with specialists for those with confirmed and managed diagnoses, should be considered as a way of bridging the gap in appointment availability and other struggles that are currently occurring across the country.

A great way of raising awareness

All in all, it was a fantastic evening and a great way of making the medical, political and wider rare disease community aware of PCD. I’d like to extend my thanks to Rare Disease UK for inviting the PCD Family Support Group to be represented at the event.

Lucy Dixon is a Higher Education Policy Advisor from Newcastle Emlyn in Carmarthenshire. Lucy has primary ciliary dyskinesia (PCD), a rare genetic disorder. She is among the 50% of people who have PCD to also have Kartagener Syndrome. Lucy has represented the PCD Family Support Group at Rare Disease Day in Wales since 2015. She has recently joined the charity’s committee, where she is working to help raise awareness of PCD among medical specialists as well as the general public.

This blog was originally posted on the PCD Family Support Group website.