Rare Disease Day is officially held on the last day of February every year and this year, in 2020, it fell on a very special day – 29 February. To mark Rare Disease Day 2020, Rare Disease UK hosted three receptions that aimed to raise awareness of rare diseases and improve access to care, treatment, information and support.

On Tuesday 25 February, we held the first of our 2020 receptions in the Senedd, Cardiff, hosted by Angela Burns AM, chair of the Cross Party Group (CPG) for Rare, Genetic and Undiagnosed Conditions. Angela Burns AM spoke to attendees about meeting a person with a syndrome without a name and the importance of raising awareness of rare diseases.

During the Senedd reception, attendees were updated on the Welsh Rare Disease Implementation Plan by Dr Graham Shortland, Medical Director for Cardiff and Vale UHB and Chair of the Rare Disease Implementation Group. He also mentioned his support for the concept of a clinic for adults and children affected by undiagnosed conditions in Wales and announced the aim to produce a guideline for clinicians outlining a process for investigating developmental delay.

Guests at the Senedd reception were also able to listen to Sioned Lewis, who is affected by a rare pituitary condition, about her long and difficult journey towards a diagnosis. 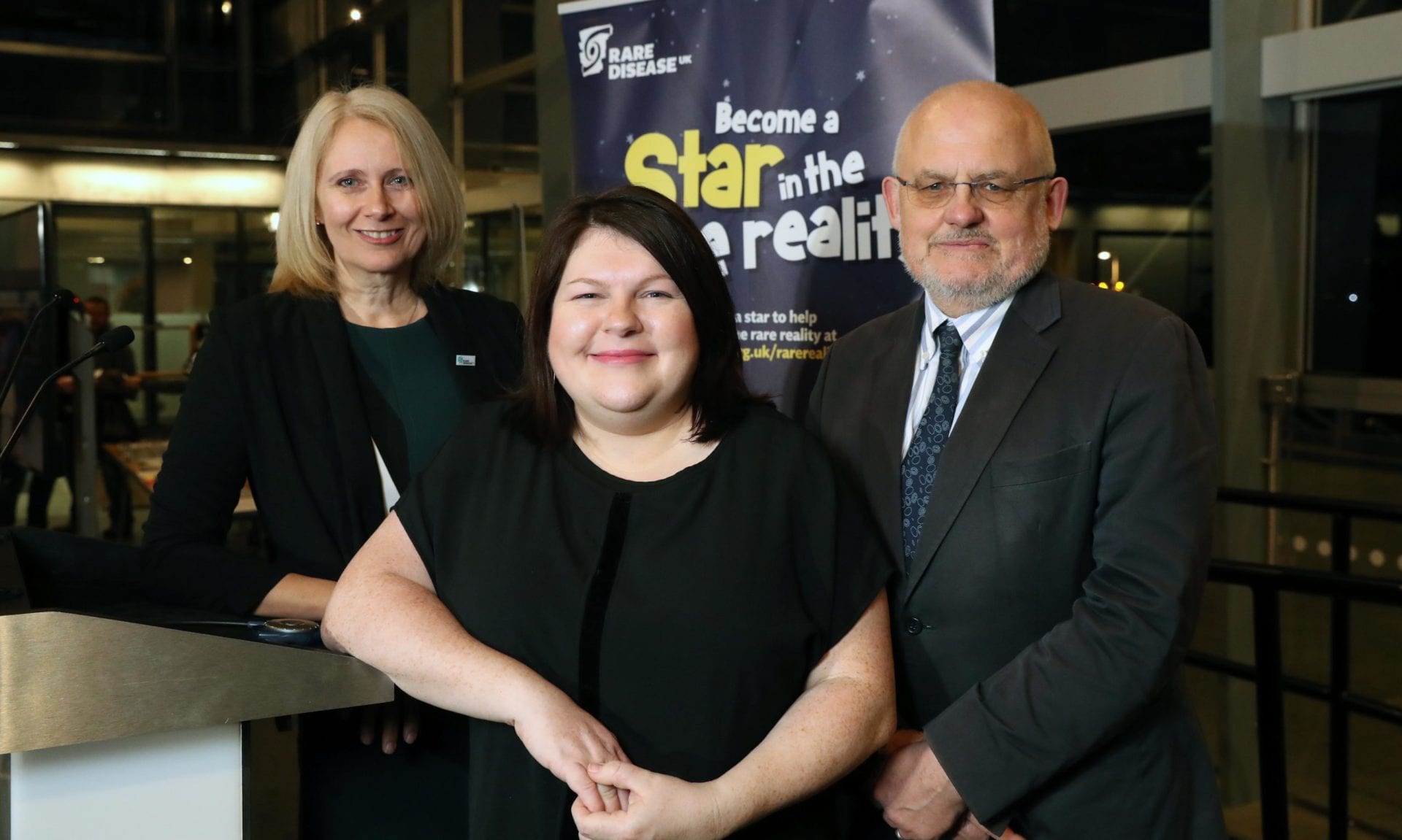 The following day, on Wednesday 26 February, we held our Westminster Rare Disease Day 2020 reception at the Houses of Parliament, hosted by Liz Twist MP. Liz was elected as the chair of the All Party Parliamentary Group (APPG) for Rare Genetic and Undiagnosed Conditions. The event was attended by 200 patients, parliamentarians and other stakeholders.

The reception also featured the launch of our new report, ‘Rare Alert’ that outlines the importance of alert cards for rare disease patients and what their perspectives are on them. This report echoes what Kristy Blakeborough-Wesson and Amanda Brodie had to say about their experiences of living with a rare condition and how a recognised alert card for all rare disease patients could be invaluable to help save lives in emergency situations. 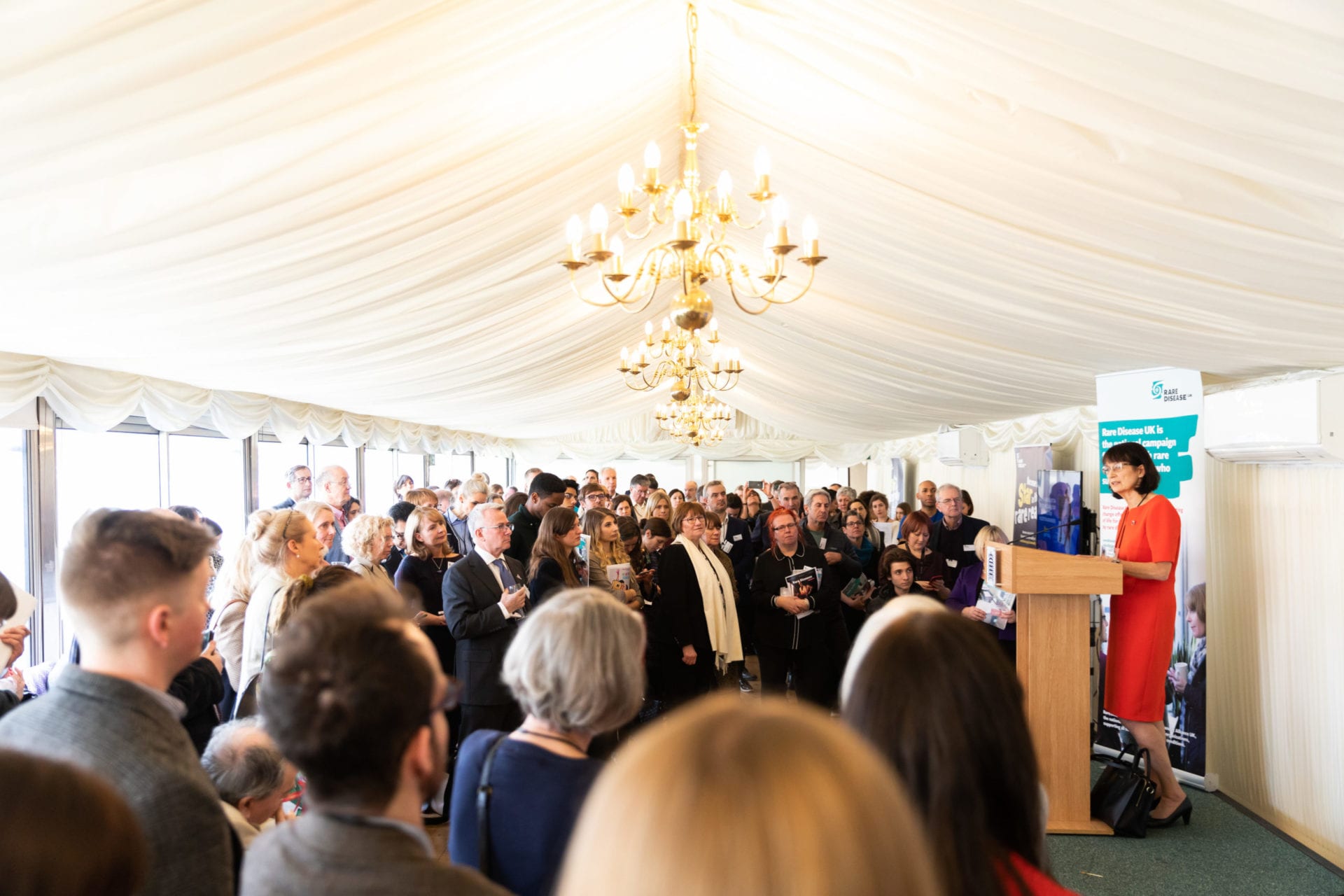 During the reception, Deputy Chief Medical Officer for England, Dr Jenny Harries announced the publication of the second update to the UK Strategy for Rare Diseases and the plan to publish a genomic healthcare strategy in the coming months. Dr Jenny Harries also mentioned improvements to access medicines under a new Innovative Medicines Fund, enabling doctors to use the most advanced, life-saving treatments for conditions including rare diseases. She also talked about the importance of care coordination and the results from the ‘National Conversation on Rare Diseases Survey’ and how they will be used to develop an ambitious post 2020 Rare Disease Framework followed by nation specific implementation plans.

Our final reception was held on Wednesday 3 March in the Scottish Parliament building at Holyrood, Edinburgh. Bob Doris MSP, convenor of the CPG on Rare Genetic and Undiagnosed Conditions hosted the event and talked about the importance of care coordination in Scotland. 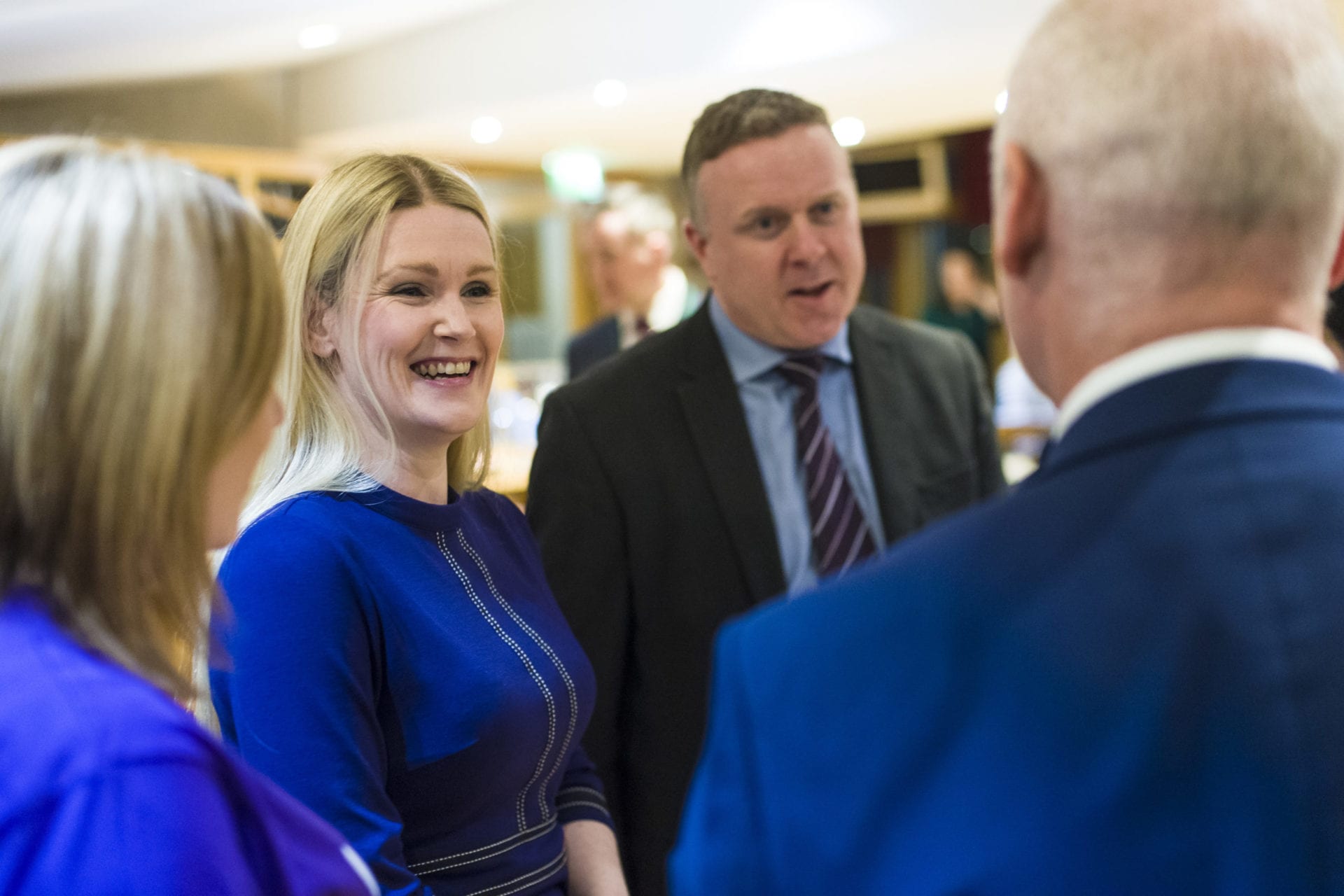 Joe Fitzpatrick, minister for Public Health, Sport and Wellbeing updated attendees on the progress that Scotland has made against the 51 commitments set out in the UK Strategy for Rare Diseases and that the Rare Diseases Strategic Oversight Group have had three clear priorities; research, coordination of care and raising awareness of rare diseases amongst health professionals.

Attendees at the reception had the opportunity to hear from three speakers affected by rare conditions. Elisabeth Hunter, a parent of two children, both with a rare condition shared her personal experiences of seeing the lack of resources in the NHS impact her children’s care. Lindsay Jarrett had to wait  37 years to be diagnosed with a rare condition, by which time she had passed her genetic condition onto her five children. She talked about the distressing situation of knowing there are licensed medicines that can help but are not available in Scotland. Stacey McPherson, a parent of a child with a CHAMP1 gene mutation, the only person known to be diagnosed with this condition in Scotland. She talked about the lonely and isolating time after receiving this diagnosis and there being no information or support available for these very rare conditions.

Thank you to everyone who attended these events and supported Rare Disease Day 2020.