This year the day’s central theme was to recognise the crucial role that patient voice plays in creating change and improving the lives of patients, their families and carers.

We held parliamentary receptions across the UK. Our Westminster reception was held on Wednesday 2nd March. It was attended by over 150 people, including numerous MPs and Peers. For the fourth time Liz Kendall MP hosted the event.

George Freeman MP, Minister for Life Sciences with responsibility for rare disease outlined the work the Department of Health is overseeing for rare disease, including the progress towards the implementation of the UK Strategy for Rare Diseases. He stated that “nowhere is the challenge more acute or relevant than in rare disease”. 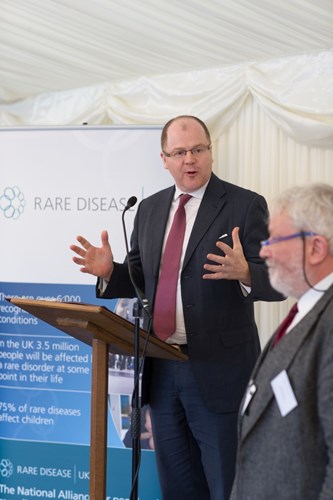 Gina Radford, Deputy Chief Medical Officer and Rare Disease Champion spoke about how patient voice has impacted her personally and professionally during her career. She highlighted how great it was that patient voice was the centre of the UK Strategy for Rare Diseases and told patients “you need to be in control of this and we need to listen”. 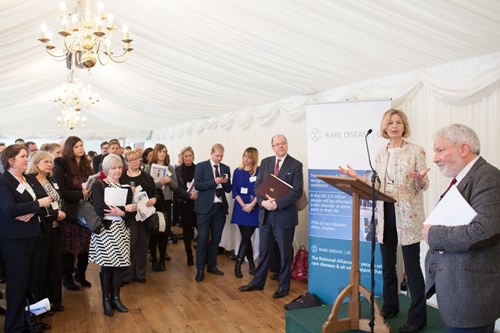 Liz Kendall MP noted the importance of both patients and families to patient voice, highlighting that “it cannot be easy to keep keeping on” but encouraged patients, families, communities and patient organisations alike to keep holding politicians and policymaker’s feet to the fire. After all she said “we will not solve this without your knowledge and information”. 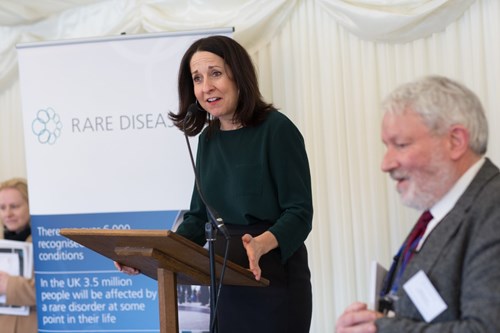 At the reception we presented Lord Walton with a certificate of appreciation for his lifelong dedication and service to the rare disease community. He stated that he was “deeply honoured and touched that you think me worthy of this award” and spoke about his time in the House of Lords, working with Rare Disease UK and many other patient organisations. 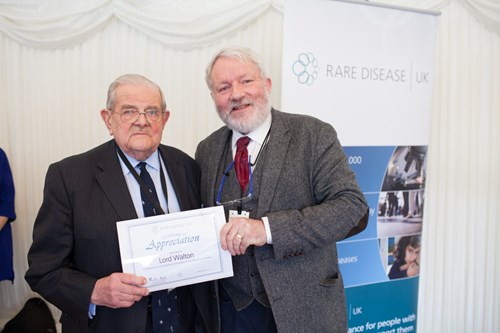 After a short networking break, Fiona Marley from NHS England gave an update on their work in the rare disease arena. She stated “we want to reduce delay in diagnosis, especially when it has a significant impact on prognosis”. 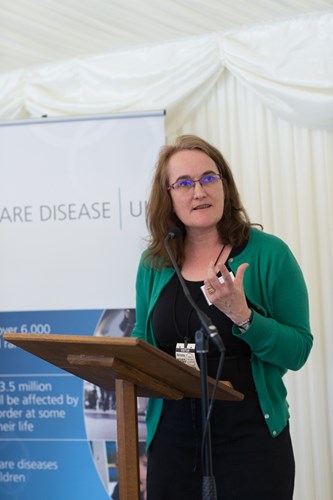 Recently elected chair of the APPG on rare, genetic and undiagnosed patients Ben Howlett MP spoke about his hopes for the APPG and stated that “APPGs champion issues and I can’t think of an issue more important than this”. 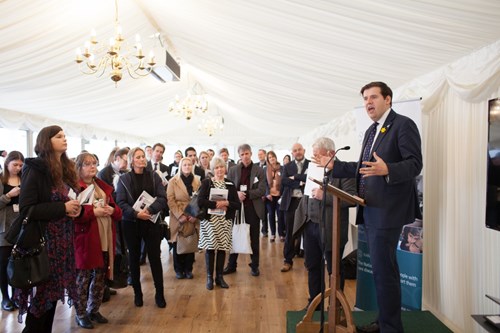 We closed the meeting by screening our new patient experience videos. You can view these here.

PrevPreviousAlison’s speech from the inaugural meeting of the APPG on rare, genetic and undiagnosed conditions
NextPatient Perspective on the Rare Disease Day Parliamentary ReceptionNext