My dad and sporadic Creutzfeldt-Jakob disease

In May 2016 my dad died aged 67, six weeks after being diagnosed with sporadic Creutzfeldt-Jakob disease (CJD), a rare neurological disorder. The road from first symptoms to diagnosis was a terrifying whirlwind for the whole family, lost in the free-fall of being struck by a rare disease.

On the 19 February 2016, the family had a lovely weekend away in Bath. Dad drove mum down from Manchester – collecting my brother Tom, who lives in Vienna, from Bristol airport on the way. Just two weeks later he was complaining that he couldn’t see properly and must need new glasses. Though the optician told him nothing was wrong with his prescription, he stopped driving, feeling that it wasn’t safe. He had also started to feel ‘muddled’ and weepy. I remember discussing with my mum and sister that perhaps he was experiencing low mood after retiring.

Dad continued to feel unsteady and tearful and soon found simple tasks like putting pyjamas on confusing and stressful.

My mum, sister and brother and I were scared and confused too, so mum called NHS Direct and on 28 March they were seen at their local hospital. There was nothing conclusive from the tests performed (a CT scan, chest X-ray, blood test and urine sample). The following day, dad called my mum at work upset – there was toilet paper in the toilet and he had not put it there and he wanted to check what year it was. Shocked, mum told dad to wrap himself in a blanket and wait for her. She called the hospital and that day, 29 March, my dad was admitted and eventually moved to the Acute Neurology Unit.

On the 1 April we were told that the results of an MRI were indicative of dementia. Tom came to Manchester from Vienna, my sister Jo from Wales and me from Exeter. I remember having conversations in the hospital café with my dad over the next couple of days about how he ‘had never expected to be saying goodbye to himself’. After an electroencephalogram (test used to monitor electrical activity of the brain), the neurologist sat my parents down on the morning of 5 April 2016 and told them that my dad had sporadic CJD, an aggressive neurodegenerative disease similar to dementia but extremely rapid – it would likely be weeks before he passed away. That afternoon, my parents sat with us as my siblings and I were told the same news.

It was as if my dad was hearing it for the first time. He was already slipping away.

He asked us for two things; to help him keep as much of himself as we could for as long as possible, and to look after mum. Over the next days we had visits from expert CJD teams in London and Edinburgh. With such an unexpected diagnosis we were desperate for answers to questions that only they could answer – was it because of something he ate? Infected meat, maybe, like during the bovine spongiform encephalopathy (BSE) crisis? Was it genetic? We were reassured that the most common form of CJD (sporadic) is caused by a random mutation in the brain and based on my dad’s presentation it was not likely to be genetic (tests confirmed that our family doesn’t have genetic CJD). Dad’s memory and mobility deteriorated whilst in hospital, he kept asking what had happened to mean we could all just be there, together, and saying how lucky he felt.

On Friday 15 April, dad came home. By this point he couldn’t really walk or hold a conversation. He would get stuck on activities, ending up with a sleeve full of tissues and empty tissue box next to him. Caring for him was challenging, from one day to the next his needs would change dramatically and the invaluable support we had from the district nurses and Edinburgh CJD unit care nurse was a lifeline. The next weeks were, though devastating, filled with joy. Even when he couldn’t speak anymore my dad would still laugh at Tom’s jokes, and tap his fingers along to his favourite songs. We were all able to be there, by his side, caring for him and helping him, as he had asked us, to maintain as much of himself as we could.

In the early hours of 14 May 2016, with his wife and three children holding his hands, my dad passed away. Tom and I helped the funeral directors wrap his body in a cloth, the five of us carried his coffin into the church at the funeral and we all got up on the stage at the front of the church and led the congregation in singing ‘One Day Like This’ by Elbow and ‘Drift’ by Tom’s band ‘Those Goddamn Hippies’ (two of my dad’s favourite songs).

Since then, so much has happened in all of our lives that dad would be proud of, mum has joined the choir he was part of, Tom and Jo are both engaged and I’ve become a committee member on the CJD Support Network which brings together and supports those affected by all forms of CJD. Although my family were very lucky to have such a quick and relatively early diagnosis of CJD, we were and still are affected by how isolating it can be to be affected by a rare disease. Days like Rare Disease Day are so important for sharing experiences, raising awareness and helping those affected by rare diseases to feel less alone. 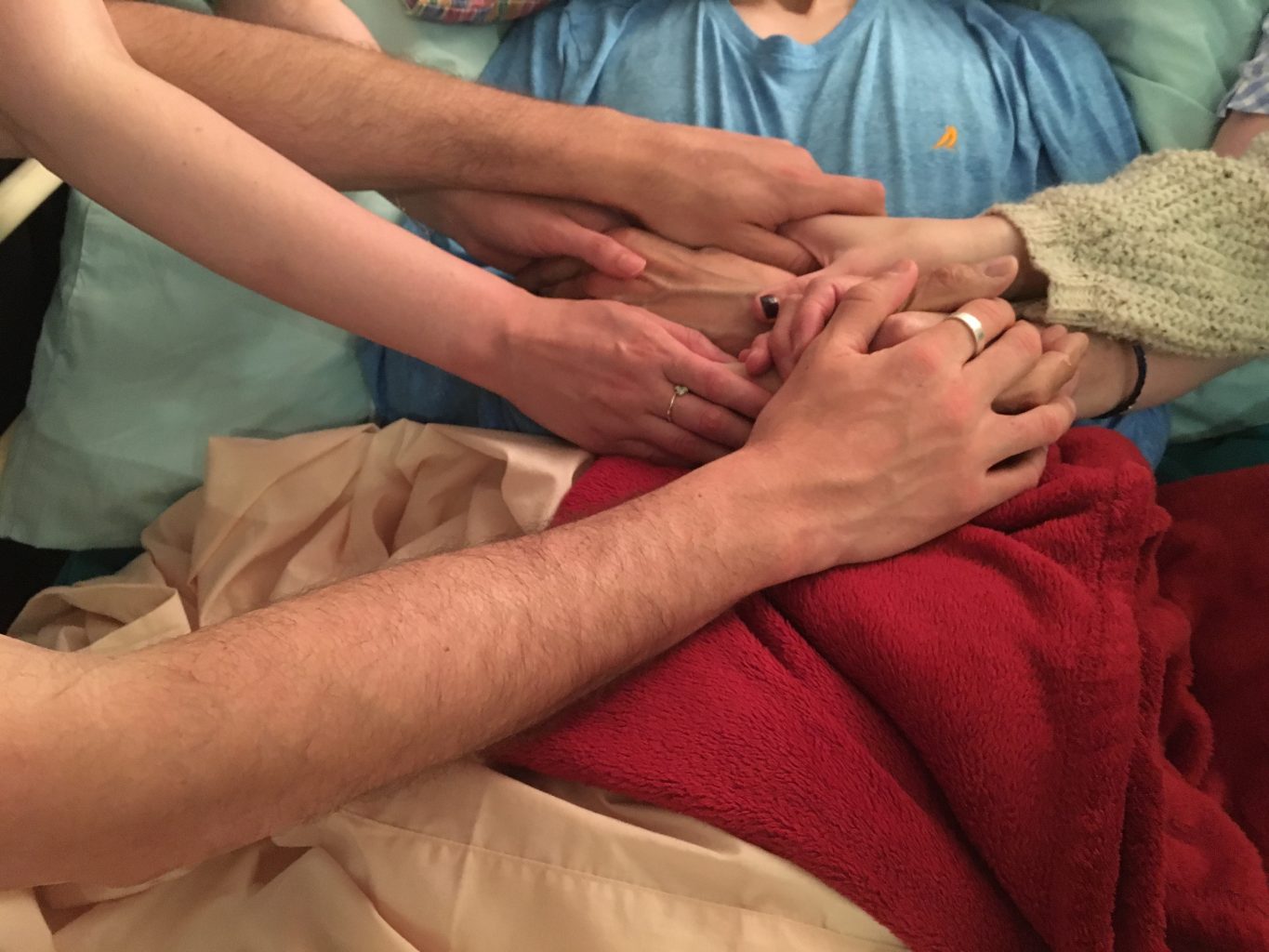