My name is Kirsty, and I am 29 years old. Like many people with chronic illness, I don’t have a definite time when it all started. It just sort of crept up on me.

I have had bowel and stomach symptoms since I was a baby, including projectile vomiting. When I was 17 years old, I went to the doctor again with symptoms. The locum doctor I saw tested me for coeliac disease. The blood test came up positive and I had an endoscopy in late 2005, which confirmed a diagnosis of coeliac disease.

Whilst away at university I had what I thought was a bout of flu, but it was actually the start of undifferentiated connective tissue disease (UCTD) symptoms and the words ‘Systemic Lupus Erythematosus (SLE) diagnosis’ started appearing on discharge summaries from hospital in 2008. At the time, I was going in and out of hospital with sphincter of oddi dysfunction (a complication of scar tissue due to coeliac disease) and had my gall bladder removed. As a consequence of this I made the decision to leave university due to ill health, and decided that radiography was not for me. 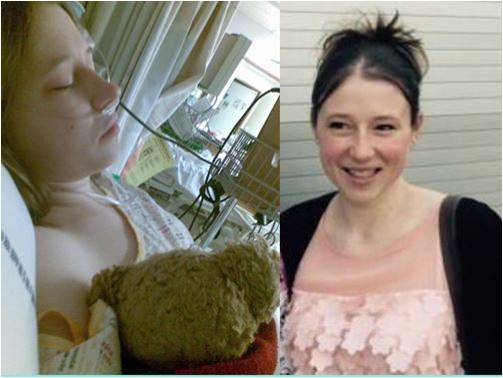 One of the many hospital admissions and a recent photo.

I then worked in a specialist hospital pharmacy for four and a half years. I was still having symptoms in my stomach, despite the coeliac disease blood tests coming back in normal range. I have now been diagnosed with irritable bowel syndrome as well as coeliac disease. I have had multiple flares of UCTD/SLE over the years. My symptoms affect connective tissues and result in joint pain, mouth ulcers, chronic fatigue, migraines, skin rashes, flu like symptoms and/or night sweats, anxiety/depression, swollen glands and Raynaud’s syndrome.

With an interest in nutrition, I decided to retrain as a dietitian. I completed two years out of four of a dietetics degree. I am determined to finish off the theory and to get a degree in clinical nutrition. The university have been great and even though, I have had health problems throughout, completing a degree can be done with chronic ill health.

I have been under the immunology specialists at the hospital for over a year now, as I keep getting infections. I have been diagnosed with primary immunodeficiency (PID) as of December 2017 – I have low immunoglobin proteins (low IgA and IgG) and I am deficient in a type of white blood cell. PID is an umbrella term for a collection of genetic, rare conditions, which is potentially the underlying cause of my autoimmune diseases, as well as infections. It explains a lot.

In January 2018, my parents and I took part in 100,000 genomes research project. This involved having a blood test for our DNA to be looked at in a laboratory, to see if there are any specific genes responsible for my immune system problems, and to help with genomics specific research. We should get the results in 18 months. I like the thought of being at the front edge of science research and get a chance to potentially help other people in the future, even if I don’t get a diagnosis or any results back then it will have been worth it just for that.

For the last month, I have started to replace my immunoglobins with filtered blood plasma via subcutaneous infusion once a week at home. I completed training in hospital for a couple of weeks after my January exams. The photo below is of my infusion: 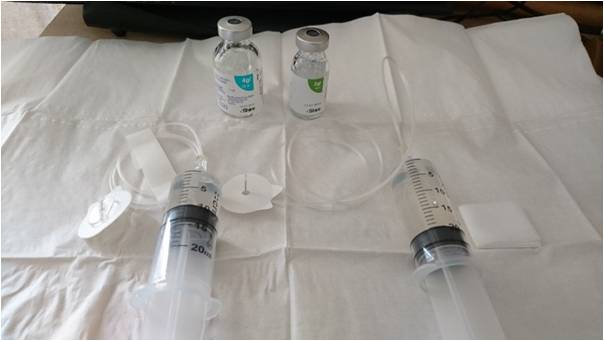 This can take up to two to three months to make a difference, but hopefully I should stop getting so many infections. Hopefully, all in all, it is a positive thing and there is light at the end of tunnel. It is always worth thinking outside the box, and considering rare diseases, as it took me a long time to be diagnosed. At the end of things, you just don’t realise how strong you are and how much you can handle.

I’m a 29 year old female, about to turn 30 in April. I am halfway through my third and final year of BSc in clinical nutrition, I am enjoying it even though it is the hardest studying I have completed in my life. I would not have been interested in nutrition and health and thought of studying it if it was not for my health problems.