Beyond rocker bottom feet and low down ears

When parents receive a diagnosis of Edwards syndrome they will inevitably turn to the internet for information and read of unbearably short life expectations. They’ll find distressing collections of the differences a child with Edwards Syndrome might possess, such as ‘rocker bottom feet’, ‘a small abnormally shaped head’ or ‘low down ears’ and they’ll have to digest long lists of medical conditions their child might have. It will be harder to find information about what their child will be like, whether they will have a good quality of life and what they might be able to achieve should they survive long enough to come home and live for some time. Using my experience with my 5-year-old daughter Cali I am going to try to answer some of those questions.

For the first couple of months Cali didn’t seem so very different to other babies – tubes and apnoea probes aside. But then, other babies born at the same time started to accelerate away from her in their abilities and the differences became increasingly obvious. Whilst the other babies were beaming, Cali just had a range of solemn expressions. And whilst other babies were rolling and grasping, Cali just lay on her back and knocked a cautious hand against her hanging toys. But then, at three months she suddenly broke into the most delicious gummy grin. I don’t have words for how much of a difference that smile made, and still makes, to our morale. Since that original grin, Cali has only become even sunnier. At around nine months she learnt to chuckle and these days she has a very clear sense of humour and smiles a great deal of the time. 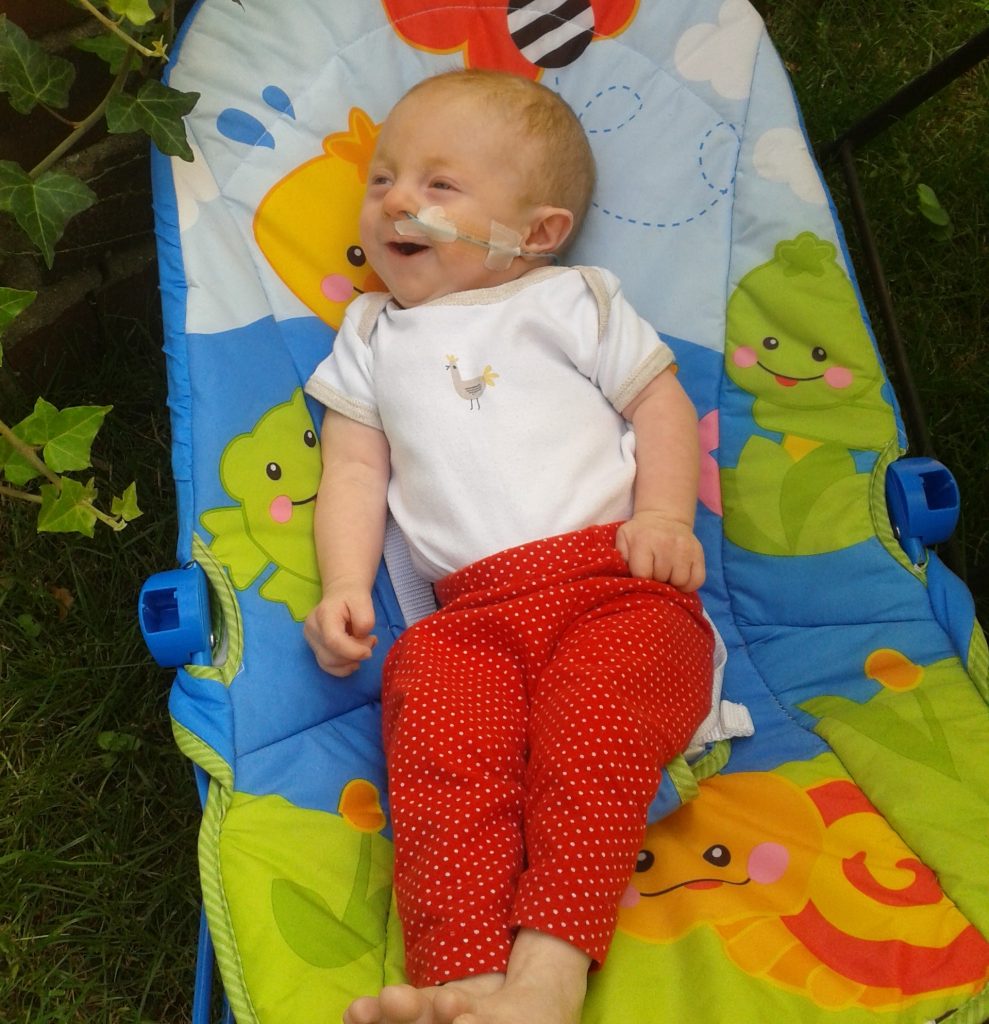 The developmental pace of a baby with Edwards is incredibly slow. Cali’s current abilities are that of a baby of a few months of age. Cali isn’t simply trailing behind the normal developmental pathway by a few years, she’s navigating her own path. She’ll work on a skill that interests her while ignoring the ones that normally precede it. Children with Edwards will develop and learn, just s-l-o-w-l-y. Think inch-stones rather than milestones.

Cali has had phases of being obsessed with being held in the standing position, but with no interest in the skills that precede standing. She’s had good head control for some years and has the strength to stand, she just lacks the ability to balance.

Initially Cali didn’t seem interested in moving, then she suddenly learnt to roll 360 degrees and would spend her days giggling as she tried and tried to repeat this. Then she spent a few days in hospital with a bad cold and it was as if all her rolling abilities had been suctioned out of her along with the snot, she just lay still. Then after a month she started once more and now she can roll again. A bit more adeptly, but with less passion. This is our children, they will learn something you didn’t expect of them, then they might forget it.

Cali has a wide range of noises which communicate her moods perfectly to us. But her noises don’t seem like they are heading towards the production of words. Nobody can decide how well she can hear as her responses to hearing tests are so baffling. Sometimes she responds to noise, very often she doesn’t. Tests indicate significant hearing loss, yet she loves music and cried every time her little sister cried for the first couple of months. Go figure…

So it’s almost impossible to know how well she can understand. We assume she doesn’t understand much language, but often enough we find ourselves questioning this. Once, when Cali kept making a dreadful retching noise which jangled my nerves I said – ‘Cali! Stop doing that or I’ll suction your mouth!’. Cali looked at me and stopped immediately.

If any of this is getting you disheartened about how little your child with Edwards will do, then please know that you will adjust your parameters. You will find yourself laughing with delight at the tiniest thing that they do. Those moments when Cali’s small repertoire of skills have increased have been as wondrous as any developmental milestone that my other daughter has reached, perhaps more so because Cali is so pleased with herself when she learns something new.

Cali, despite her challenges, is a happy, resilient child. Severity of medical conditions aside, there is nothing about Edwards Syndrome that stops our children having good, varied and meaningful lives. Cali is not frustrated by her difference or limitations. She can spend a long time engrossed with her toys, she is affectionate and loves being held. Cali rarely asks for things, goes with the flow and doesn’t have tantrums. She goes to school and she loves it. She also relishes a journey, a new place, a new floor to lie on. She is not indiscriminate however, some people she doesn’t like, some activities she hates.

By steering clear of the medical conditions, I’ve been able to write about some of the best aspects of having Cali as my daughter. But the medical complexities, for us anyway, cannot be ignored. In case I have given the impression of being one of those parents who seem to take their child’s disability in their stride, I would like to emphatically say that I have found being the mother of a child with so many medical issues and disabilities utterly hard, lonely and limiting, and it has taken me this long to come anywhere near accepting that this is the turn my life has taken. However, I have found being Cali’s mother very easy, my love for her has flowed since the moment we met and if anything it just gets stronger as I dare to open my heart wider to her and to allow myself to accept that I have no control over whether she’ll be carried off by cold tomorrow, or she’ll be with me for many years to come. 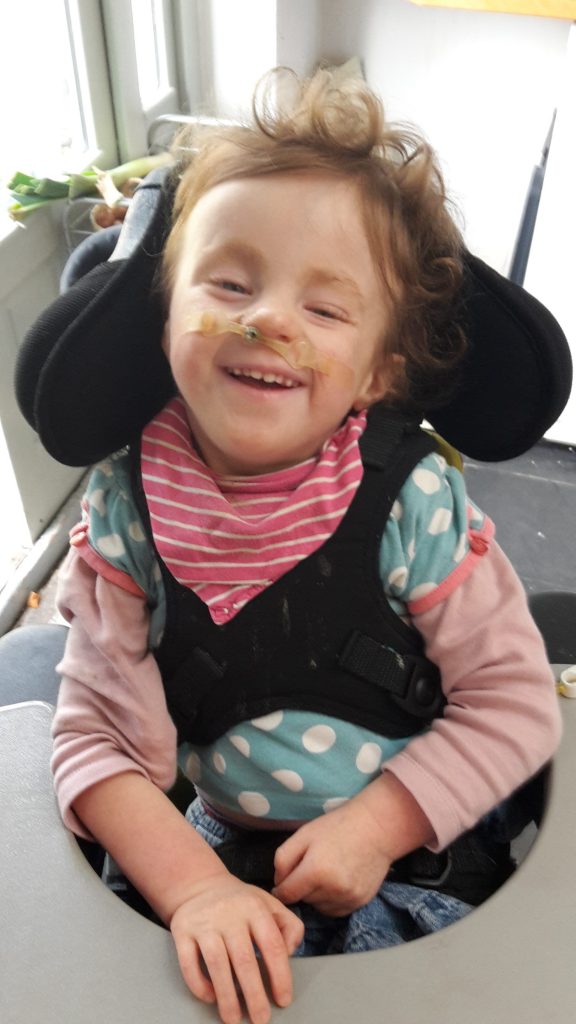