Momentum is building behind the proposed All Party Parliamentary Group on rare, genetic and undiagnosed conditions. Many of you have taken the opportunity to write to your MP and as a result the number of MPs and Lords who have expressed an interest in the group is growing every day. Some members of SWAN UK have even blogged their letters openly to help increase awareness.

These letters state more eloquently and insightfully than I ever could why the APPG needs to exist, and why its work will be fundamentally important to individuals with rare, genetic and undiagnosed conditions.

I have highlighted a selection of the letters that have been sent openly in the past week. 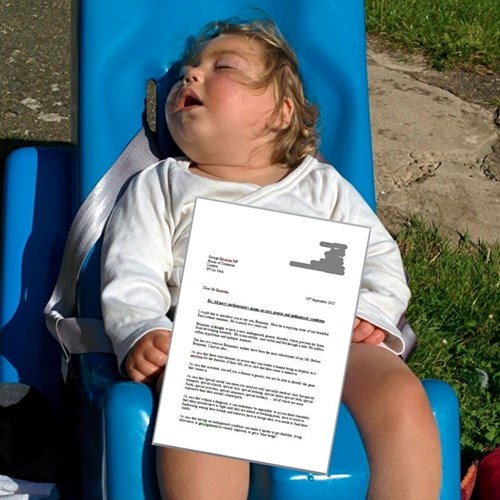 “I still have no idea whether Benjamin will ever roll over, sit up, laugh, talk, crawl, walk, hold a toy, or eat a meal. I have no idea how long he will live and who will look after him if he outlives me. I do know that he is a joy to be with, that he brightens our lives and deserves every opportunity to reach his full potential.”

“You, our representatives and policymakers, need to have more than an idea, you need to know what families such as ours are facing and what can be done to help.”

“I’m asking you to join this APPG and to use the group to press for improved diagnosis opportunities, which in turn may unlock access to effective medical care and treatment for my family, and others like us.”

“My boy started reception class this week at a local special school and has come a long way from that poorly boy that started life in the high dependency unit.” 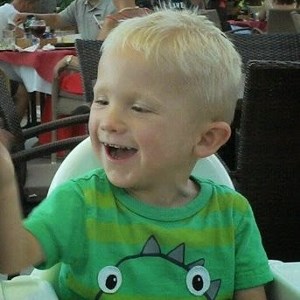 “I’ve never been one for politics to be honest. It was a significant part of the first year of my Social Sciences degree but I ditched it for Psychology as soon as I could. I guess I kind of naïvely thought it didn’t really have anything to do with me. I kind of didn’t ‘get’ it.

And then I grew up. And I realised how politics impacted every single aspect of our day to day lives. And then I had Hugh and suddenly party policies on disability and benefits became extremely important to me.”

“I know we have corresponded previously on our son, but today I am writing to you as my MP to ask you to join the All Party Parliamentary Group (APPG) on rare, genetic and undiagnosed conditions.”

“My child has a genetic condition that doctors recently think they have identified – they think he may have Noonan’s Syndrome. This is quite a rare syndrome affecting between 1000 – 2,500 children worldwide per year. We are still in the early days of this diagnosis and there are many parts of our son’s symptoms that do not fit with typical Noonan’s children so in reality we are faced with more questions than answers.”

“It would seem that we just don’t know how much we don’t know about genetics! There is such a long long way to go in this area of medical research and, in the meantime, a long way to go to make sure it is acknowledged across the board that even if the tests don’t find an answer, it doesn’t mean there’s not a condition there, and that the family affected still needs the same level of help, support, treatment and therapies as those who are diagnosed with known conditions.

I am writing to you both as my constituency MP, and the MP of the constituency where my little girl will be attending special school. As we fall into the remit of both of your constituencies for different aspects of Twinkle’s care I felt it was important to write to both of you, and of course having MPs from different parties involved in these groups is so important!”

“All we have been told is that he has a complex neurodevelopment condition. At the age of 5 Freddie suffers with severe developmental delays leaving him unable to walk or talk or attend a mainstream school. He has suffered with feeding issues since birth so is partially fed through a gastrostomy. He takes 14 doses of medication daily to help control his epilepsy, reflux, constipation and excessive drooling. Freddie is now beginning to develop scoliosis due to his inability to control his posture correctly and is doubly incontinent. The list could go on. Freddie requires 24 hour care to maintain his high care needs.”
“It’s only thanks to SWAN UK a charity who support families of undiagnosed children that I realised that I was not alone and that there are other families who are in the same situation as me. We all have no idea what the future holds as doctors cannot explain what is affecting our children.”
It’s not too late to write to your MP: traditionally, as an open letter, or both. You can adapt our template or write your own, just remember to let us know if you get a response.

Thank you for your support.