I’m Sam, mother to Harry, Issy and Iona and along with Hugh, my husband, we live a busy life in Hampshire with our two dogs. 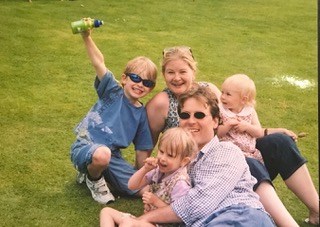 Issy was born in 2002, the second of our three children and we knew right from the start that something was wrong; she was not developing in the same way as her peers.  She was born with a low birth weight, with microcephaly, and suffered as a baby from feeding difficulties and severe reflux.  She had delayed development and was late smiling, rolling, sitting up and hitting ‘normal’ development milestones.  We had frequent visits to hospital to treat the reflux, gastro problems and failure to thrive.  At nine months, Issy had an MRI scan as her Consultants had benchmarked her failure to hit developmental milestones and wanted to investigate possible explanations, and we received a misdiagnosis of Periventribular Leukomalacia.  Issy also went for extensive genetic testing at Great Ormond Street Hospital on the Addenbrooke’s Microarray Study, which proved inconclusive and we did not receive any diagnosis.

Receiving physio and other treatments (e.g. occupational therapy and portage), Issy managed to walk when she was nearly three, and became verbal at nearly four – both wonderful moments. Still undiagnosed, she attended a wonderful special needs nursery and primary school.  Having a child with severe learning difficulties and no diagnosis to explain her difficulties can be a very isolating experience. SWAN UK (syndromes without a name) became an invaluable source of information and gave us a sense of belonging. 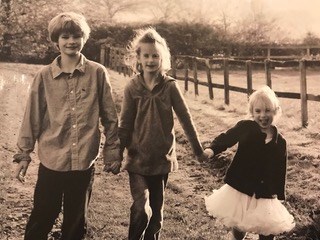 A journey to diagnosis

In 2010, we were contacted by our Geneticist and asked if we would be prepared to participate in the Deciphering Developmental Disorders (DDD) project. We jumped at the chance, especially as it only involved saliva samples rather than the dreaded blood tests. Issy, her Dad and I were all tested.  At that point, we did not expect to receive any diagnosis, we merely thought we would be part of an extensive data gathering research exercise, but continued to hold out some hope that in the future, they would find a reason for Issy’s condition.

Having a child with severe learning difficulties and no diagnosis to explain her difficulties can be a very isolating experience.

To our surprise, five years later, we received a phone call to let us know that Issy had been diagnosed with a mutation in her DDX3X gene, a newly discovered ‘de novo’ syndrome predominantly affecting girls.  We did as everyone does – hit Google –and we were surprised to discover that very little was known about the DDX3X gene at all; it only came up as a gene that mutates with certain cancers, which was unconnected to our children but very frightening to read!

In August 2015, a paper was published in the American Journal of Human Genetics, entitled, ‘Mutations in DDX3X are a common cause of unexplained intellectual disability with gender-specific effects on Wnt signalling’, written by an inspirational researcher who had discovered this mutation and who consequently headed up the team of worldwide researchers who produced this first research paper on the DDX3X syndrome.  The DDX3X gene mutations were linked to intellectual disabilities (ranging from mild to profound), abnormalities of the brain, seizures, and autism.  In November 2015, I flew to Holland and had a face to face meeting with this researcher, along with five Dutch families whose children had the same condition.

It was life-changing to meet with other families and to have the ability to ask questions and find out how the condition affected all these girls and their families.

Since the diagnosis our understanding of rare and genetic conditions has grown enormously.  We found a worldwide Facebook group (to date c. 120 children) and website, which has brought us friendship, support and much needed information.

As part of the Building Rare Communities Project, Mariana Campos at Genetic Alliance UK also provided vital advice and support in leading three of us mothers to build our own rare community, guiding us through the process of forming a UK FB support group, DDX3X Support UK, through which we hope to raise awareness of this newly discovered syndrome.  From this public support group, we have a closed FB group, Gene DDX3X support UK which provides a safe and supportive forum for discussion amongst parents.  We are hoping to have a website up and running this year providing information for parents and our long term goal is to help finance research. We have our first get-together organised for the Easter holidays and we are really looking forward to meeting with other parents and their children who have the same condition.

Reflections on participating in research

We recommend taking part in research for any parents looking for answers, but with a caveat of understanding that a diagnosis does not necessarily lead to any change in your child’s condition. It is useful for dealing with bureaucracy (who love a ‘label’), but there is so little known medically about this new syndrome, and even about the gene that the mutation is on, that it provides no useful information, at present, for schooling, ECHPs (Education Health and Care Plan), etc. Issy continues to access the special care that she requires through her special needs school and physio and speech and language therapy.  The parents of children with DDX3X syndrome remain the real experts, and finding other parents around the world has been an incredibly useful source of information gathering.  It is not uncommon to be advising the medical profession and therapists about this newly discovered syndrome.  As each child is different and has different needs, we hope in the future to be able to provide parents with signposts to relevant therapies and national/regional sources of help, funding and provision.

Issy continues to amaze us with her joyful love of life, her perseverance and her kind, sociable nature and she is a world expert on dinosaurs and Thomas the Tank Engine! 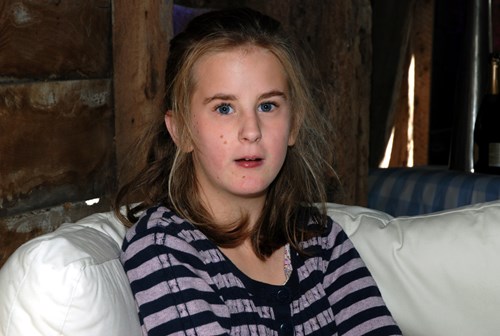 You can find out more about the Deciphering Developmental Disorders (DDD) Project here.