Mark Manning, managing director, has worked in television post-production for over 30 years. Initially as a commercials editor before switching to TV documentaries. He has worked across all genres both as a staff editor and then freelancer, with a preference for arts based documentaries, particularly the South Bank Show, a relationship that continues. He stopped editing full-time in 2006 when he joined the Directors Cut Team, helping grow the facility from 5 suites to 34 and upgrading the company to a cutting edge, full 4K UHD facility. Recent projects include Climate Change, the Facts with David Attenborough, Great Canal Journeys with Tm & Prue, The Cameron Years, Soccer Aid 2019 and our first drama feature The Runaways.

Aschlin has written for many television shows including Channel 4’s ‘No Angels’, Sky Atlantic’s ‘Mr Sloane’ (with Robert Weide of ‘Curb Your Enthusiasm’) and ITV’s ‘Doc Martin’. Award-winning writer of the ‘Catherine Tate Show’, he has also collaborated with Catherine Tate and Nigel Cole on ‘Do Not Disturb’ for UKTV. He is currently working on two new movies, ‘Man Inside’, and ‘Wasted’, the latter directed by Nigel Cole. His previous films include the highly acclaimed ‘Scenes Of A Sexual Nature’ with Ewan McGregor, Tom Hardy, Eileen Atkins and Gina McKee, and the award winning ‘French Film’ with Hugh Bonneville and Eric Cantona for which he won Best Screenplay at the Monte Carlo Film Festival 2008. More recently, he wrote ‘Swimming with Men’ directed by Oliver Parker.

Lindsay is a Research Fellow in the Department of Creative Professions and Digital Arts at the University of Greenwich. She began her academic research career as the Blandford Research Scholar at Imperial College London in 1993 in biomedical research. After completing her PhD there she worked as a Research Associate at the University of Newcastle, before working in the broadcast industry as a producer and director of science documentaries and programmes for 15 years. She has made programmes for all of the major broadcasters (BBC1&2, Ch4, five, Sky, Discovery, History etc) over a range of genres including specialist factual, factual entertainment, schools and children’s TV. Since 2011 she has segued her broadcast work with public engagement in science and widening participation work via The Refinery (www.refinery.tv) during which she founded and produced a new science and arts mash-up festival (www.smashfestuk.com) and has worked on short documentaries and other communications films for numerous science, engineering and medical organisations as well as producing TV commercials for corporate clients. Since 2015 she has married this public engagement work with her position as a research fellow at the University of Greenwich.

Kathryn is a Director at TVF Media, a London production company with a heritage in producing award-winning films and documentaries.   Part of her remit at TVF is to run the specialist healthcare division, TVF Communications, where she and her team have worked hard over many years to raise awareness of rare genetic diseases through different channels including film, web and social media.  Kathryn has worked with patients and their families to highlight aspects of different conditions to healthcare professionals with the specific aim of reducing the time to diagnosis.   Kathryn’s role at TVF Media also includes overseeing public engagement campaigns for Open Creative Communications, and fundraising for the Art and Ideas Trust – a charity that funds the provision of live and online cultural events that seek to further the education, understanding and engagement of the public with particular relation to philosophy and art.

Gavin has over twenty years of biopharmaceutical industry experience and throughout his career has developed a specialist interest and broad expertise in rare disease.  He guides OPEN Health’s focus in rare disease and advanced therapies and works across its practices that are leaders in real world evidence and access, patient and brand communications and medical communications.  He is passionate about supporting better outcomes through effective patient access, action-orientated communications and pathway improvement.  Gavin spends a lot of his time working with the patient advocacy community to ensure solutions are truly aligned with patient and care-giver need.  He is also a Trustee of Spotlight YOPD which is a patient group charity focussed on improving diagnosis and services for young onset Parkinson’s patients.

Helen is Owner and Managing Director of Radical Departures, a healthcare communications agency specialising in learning and development. After studying biochemistry, she began her career working predominantly in video production covering topics such a rare epilepsies and growth hormone disorders. Over a 20-year career, she has worked on projects that raise awareness and aim to improve the understanding of a number of rare diseases. Helen strives to bring creativity and compelling story-telling to all of her work. Her company is currently working on initiatives around diagnosis and treatment of lysosomal disorders, rare cancers and epilepsy syndromes.

Carolyn Payne is a Commissioning Editor for National Geographic, working across both development and production. Carolyn has developed, commissioned, and executive produced major premium factual series, most notably the Emmy winning Inside North Korea’s Dynasty; Primal Survivor, Lost Treasures of the Maya Snake Kings, Car SOS and Fiennes Return to the Nile. Prior to working for Nat Geo, Carolyn was a freelance producer, making award winning shows such as the Children’s Bafta winning Operation Ouch and Election, RTS nominated BBC’s World’s Strictest Parents, and Nat Geo’s The Witch Doctor Will See You Now.

Lebby Eyres is a freelance journalist specialising in health, human interest and celebrity. Over the past year she has interviewed women fighting brain and breast cancer and recovering from the after-effects of mesh surgery, as well as talking to Andrea McLean about the menopause and discussing depression with Peter Andre. Prior to going freelance, Lebby was the editor in chief of new! and Star magazines, two celebrity weeklies from the same stable as OK!, Daily Express and Daily Star. While heading up new!, Lebby launched a campaign, #2women2many, with anti-domestic violence charity Refuge, to highlight the number of women killed by their partners or ex-partners each week. She writes for a variety of publications including the Sunday Mirror, Daily and Sunday Express, Daily Telegraph, The Sun, Top Santé and others. 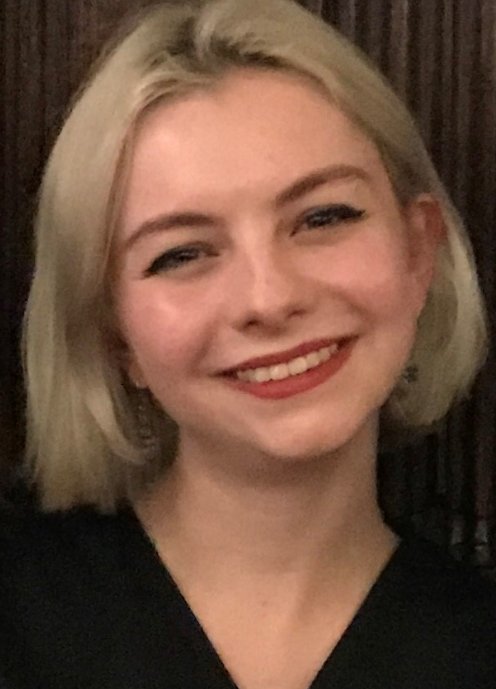 Freya is a press officer at the Science Media Centre. The Science Media Centre is an independent press office helping to ensure that the public have access to the best scientific evidence and expertise through the news media when science hits the headlines. The SMC believes that scientists can have a huge impact on the way the media cover science, by engaging more often, more quickly, and more effectively with the stories that are influencing public debate and attitudes to science. The SMC works to ensure that journalists in the national news media have access to accurate, evidence-based scientific information in the short timeframes in which they work. We work on all the big controversial stories of the day from climate change and nutrition, to genomics and mental health.

Rhianna Dhillon is the film and TV critic for the BBC6 Music Breakfast show and hosts interviews for the online streaming series BUILD. As well as being a regular on Radio 4’s Front Row and Woman’s Hour, she is the voice of the Radio 4 Seriously… podcast. Rhianna also moderates Q&As for the BFI, BAFTA, Disney and other film companies and began her career as the film critic for BBC Radio 1 and 1Xtra.