Throughout February 2017, we hosted a number of events and activities to mark Rare Disease Day, officially held on the last day of February each year. Recognised in more than 85 countries around the world, the theme for this year’s Rare Disease Day was ‘Research brings hope to people living with a rare disease’.

Tuesday 14 February saw the first of our three annual Rare Disease Day receptions at the Senedd in Cardiff. More than 100 patients, family members, clinicians, academics, patient representatives and industry joined Assembly Members for the event, which was chaired by Darren Millar AM. The event saw the launch of the Welsh Government’s annual report on developments in the implementation of the UK Strategy for Rare Diseases, and included presentations from Dr Graham Shortland, Medical Director for Cardiff & Vale University Health Board & Chair of the Rare Disease Implementation Group; Professor Julian Sampson, Director – Division of Cancer & Genetics, Cardiff University & Clinical Geneticist specialising in tuberous sclerosis complex; Lucy Dixon, a patient with primary ciliary dyskinesia (PCD), representing the PCD Family Support Group; and Claire Pollock, a parent of two children with Fragile X syndrome. You can read Lucy Dixon’s blog about the event here. 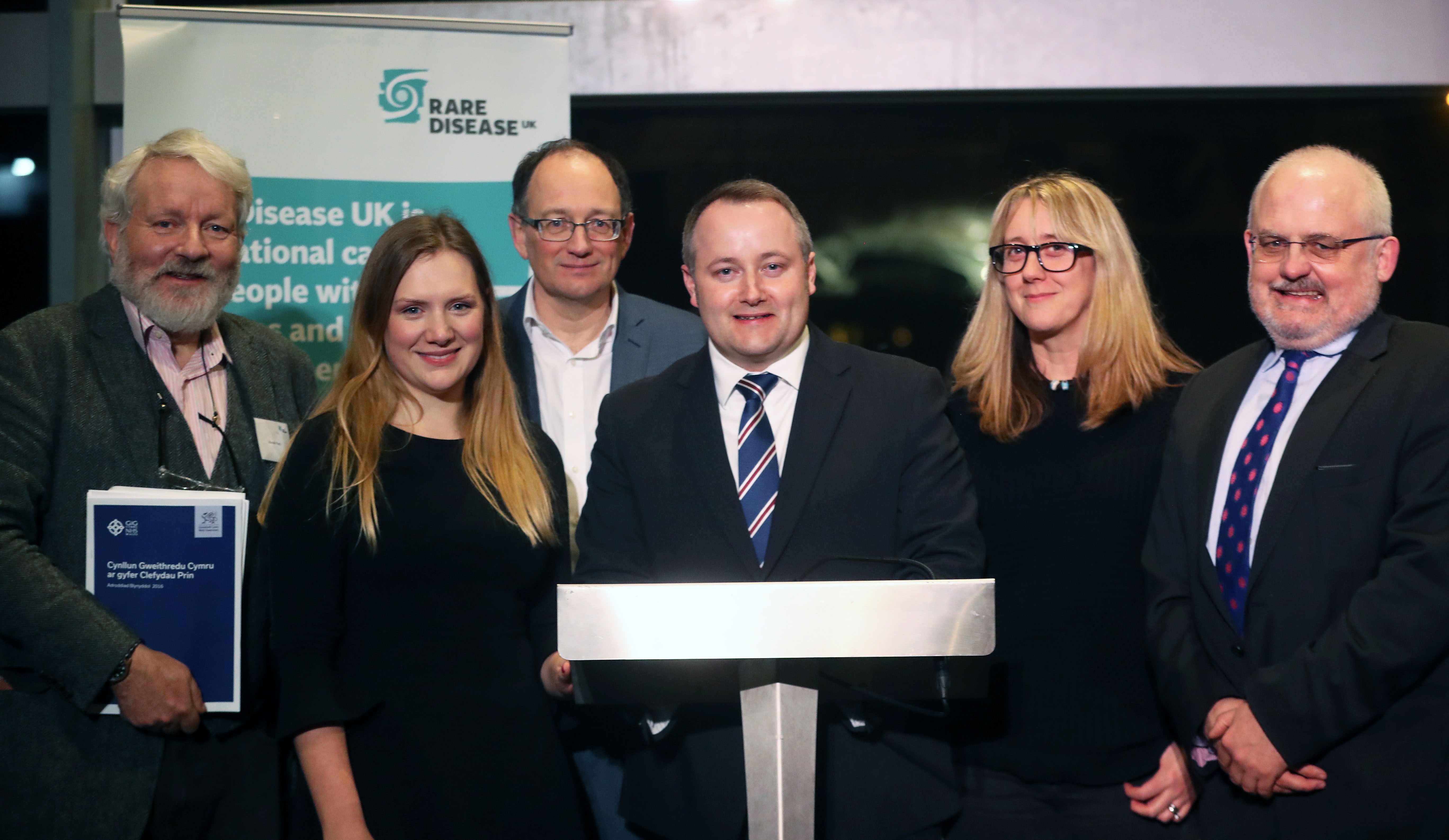 The Westminster Parliamentary Reception took place on, Rare Disease Day 2017, Tuesday 28 February. Over 150 attendees were joined in the House of Commons by MPs and Peers. The All Party Parliamentary Group (APPG) on Rare, Genetic and Undiagosed Conditions launched its report on the implementation of the UK Strategy for Rare Diseases in England. The Chair, Ben Howlett MP, presented the report’s findings

Key finding: the UK Strategy for Rare Diseases is not being effectively implemented in England.

Key recommendation: the Department of Health should develop a comprehensive implementation plan to deliver the Strategy in England.

Nicola Blackwood MP, the Minister with responsibility for rare diseases, committed to work with the APPG to ensure that the UK Strategy for Rare Diseases would be effectively implemented in England.

“I’m determined that we push through the UK Strategy for Rare Diseases at the Department of Health.”

Our final event took place on Wednesday 1 March in the Scottish Parliament, Holyrood. Chaired by Bob Doris MSP, the event was attended by a wide range of stakeholders from within the rare disease community. Attendees had the opportunity to hear from Collette Thain MBE, who founded the PBC Foundation after being diagnosed with the condition herself. Attendees also heard presentations on progress in implementing the UK Strategy for Rare Diseases in Scotland and broader research developments from Shona Robison MSP, Cabinet Secretary for Health and Sport; Dr Jonathan Berg from the University of Dundee; Professor Stuart Ralston from the University of Edinburgh; and Rebecca Holmes, a patient representative from EDS Support UK, who shared her own experiences of living with the condition and the difficulties she faced when trying to access a diagnosis and appropriate treatment. The events in Cardiff and Holyrood also featured the exhibition Expression of Hope, a series of portraits and stories from children and families affected by rare conditions.

A number of other events were held throughout the country to mark Rare Disease Day, including Birmingham Children’s Hospital’s Marvellous Superstar Club Family Day on Saturday 25 February, and Findacure’s scientific conference, also on Tuesday 28 February.

Thousands of patients also participated in activities online, with many writing to their MPs to raise awareness of the day and to share their personal experiences. Rare Disease UK also coordinated four Twitter takeovers with key partners in the rare disease community across the four nations of the UK. Throughout February, thousands of patients also participated in our Rare Disease Day photo challenge, which gave patients and families affected by a rare condition with the opportunity to share the ups and downs of their illness with the wider community and beyond.