One in a million – Cyclical Neutropenia

Guess what, you’re one in a million!

When someone tells you that you’re one in a million, it’s usually a good thing… unless it’s a doctor diagnosing you with the rare blood disorder Cyclical Neutropenia. This happened to me one afternoon in July 1998 and my life changed forever.

Cyclical Neutropenia is a disorder of the white blood cells (neutrophils) which fight bacterial infection. My neutrophil count goes up and down in a 21 day cycle and at the dangerously low points without treatment, something as simple as a cold could kill me.

The long road to diagnosis

It took a long time for doctors to work out why I was so ill before I was diagnosed. I was spending a lot of time in hospital with serious infections and they tested me for Leukaemia, HIV and Hepatitis B and C. When the results came back negative they admitted they were at a loss. One day, the entire haematology team stood around my bed and asked me what I thought was wrong! Sadly, I was just as much in the dark as they were.

Months later, my consultant arrived at the diagnosis of Cyclical Neutropenia by monitoring my blood counts three times a week and noticing the cyclic pattern. I was relieved to know what was wrong with me but devastated to learn it was a lifelong illness. When I asked why I had this condition he shook his head and said he didn’t know. I was a medical mystery. To this day I find it amazing to think that my immune system simply decided to stop working.

The only treatment for this condition is an injection called Granulocyte Colony Stimulating Factor (GCSF) which kicks your bone marrow’s backside into producing neutrophils. This injection is primarily given to cancer patients after chemotherapy has destroyed their immune system. There is no way to sugar coat the side-effects and after injecting, it feels like you have been run over by a bus whilst suffering from flu and a serious hangover. At times, GCSF is worse than the Neutropenia but I have no choice but to take it. Despite their best efforts, doctors were initially unsure how often to administer this injection and the first year was a period of trial and mostly error.

A year after diagnosis I was still very sick and was suffering badly with the side effects from GCSF. I was also unable to work and was locked in a battle with the Benefits Agency who claimed there was nothing wrong with me, despite numerous doctor’s letters and a medical I attended looking like a ghoul. Depression was taking hold and I had started a relationship with a man who initially seemed supportive, but who then turned controlling. I struggled to cope and had no-one to reach out to; these were the days before the digital age took off and you could chat with fellow sufferers online. There was only one Neutropenia organisation and they were based in Canada. I felt alone, frightened and in despair. I knew things had to change so I began thinking about ways to manage my Neutropenia better.

I asked my consultant if I could inject at home and experiment with the frequency of the GCSF. He was happy to support me and so I thought hard about what I could do. His guidelines were to take GCSF when I got ill, but by this point it was too late. Once an infection took hold, it escalated quickly and became overwhelming, then I had the side effects of GCSF on top. I tried intercepting the neutrophil count on the way down the cycle and taking injections on consecutive days to bring it back up. As it was low every three weeks, I tried taking my injections every two weeks. Within a few months I had stabilised my neutrophil count and avoided any serious infections. I was delighted, as was my consultant. I could socialise again, take courses and I got a part-time job teaching salsa. Boosted by my improving health, I also found the confidence to ditch the terrible boyfriend. 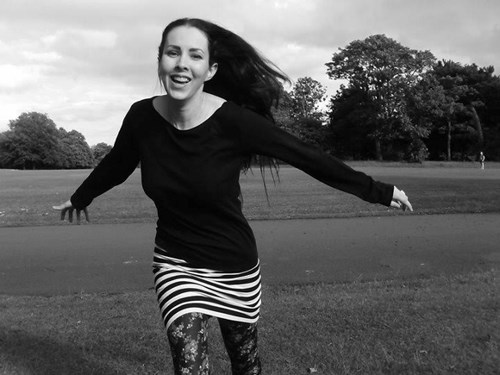 Seventeen years on, I still struggle with Cyclical Neutropenia and the injections but they don’t stop me living my life. It’s hard having a rare illness, especially one that’s invisible and difficult to explain. I’ve realised the hard way that doctors don’t know everything, but also discovered a ton of inner resources I didn’t know I had.

I’m an Achievement Coach and Freelance Writer living the best life possible with a rare illness. I love bargains, cake and social media. Come chat with me sometime! (@flyingkipper)