Wednesday 9 May saw the launch of our report on the mental health impact of living with a rare disease. This work evolved from an inquiry conducted by the All Party Parliamentary Group (APPG) on Rare, Genetic and Undiagnosed Conditions, which identified mental health as a key issue facing rare disease patients and carers. 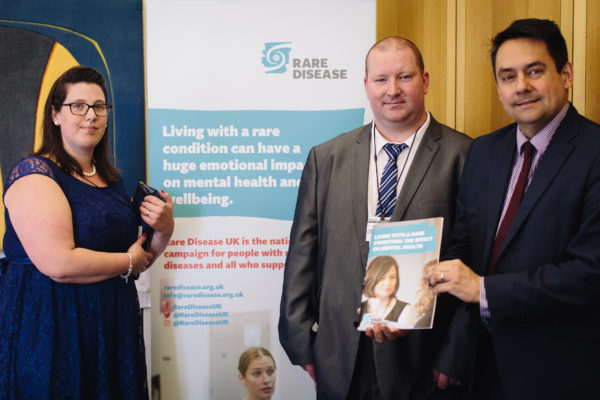 Parliamentarians also had the opportunity to speak with both patients and carers about the effect rare conditions can have on mental health. 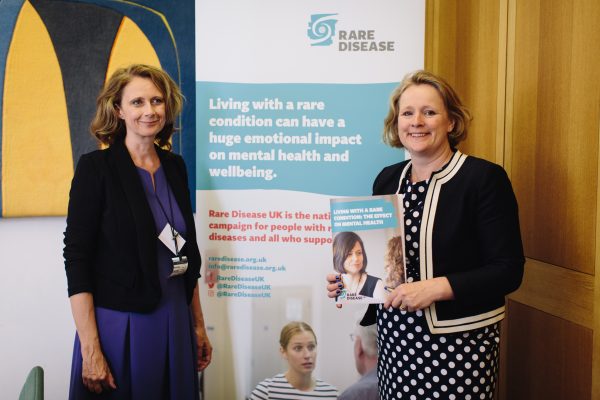 This report was the first of its kind; no comprehensive study had looked at the relationship between mental health and rare diseases before. The report was presented to parliamentarians to ensure that mental health is considered as important as the physical health of those affected by rare conditions. Sophie, a rare disease patient with Ehlers Danlos Syndrome (EDS), Mast Cell Activation Disorder (MCAD) and postural tachycardia syndrome (PoTS), commented

‘I had a thoroughly enjoyable day meeting MP’s on behalf of Rare Disease UK. Being diagnosed with rare illnesses is bewildering, you always expect someone to know the answers and be able to ‘fix you’ and they don’t. Access to treatment is very limited and extremely costly, which has such an impact on both physical and mental health. I felt very encouraged by the willingness to listen and caring attitude of all the MP’s I met and hope that this can bring about positive change.’ 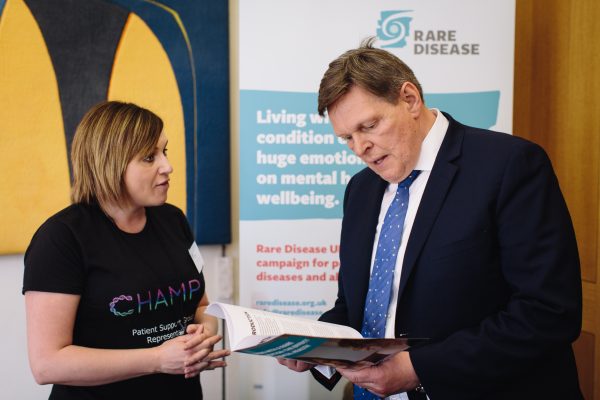 Stacey, the mother of a child with CHAMP 1 gene mutation had the opportunity to meet her MP, Stephen Kerr and said

‘It was fantastic meeting up with everyone at Genetic Alliance UK, raising the issue of mental health among carers.  It was also great meeting my local MP to highlight our own experience of rare disease to him, and to the other MPs’.

The report was also presented to the Minister for Health and Social Care Steve Brine MP who helped to raise awareness of this important issue. 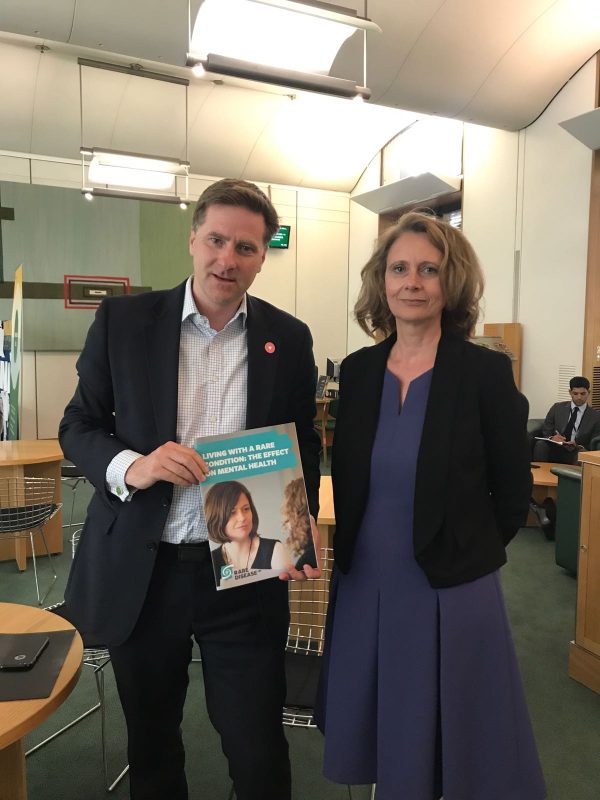 We would like to thank all the rare disease patients and carers who participated in this research to help produce this report. We will now work with health departments to ensure our recommendations are put in place.