Learning to live with lupus

It can be hard to get a diagnosis of lupus.

I had never even heard of the condition before and didn’t realise the severity of it or that there was no cure.

The symptoms began when I was living in Australia. I’d started losing my hair thick and fast. I had this giant ulcer covering the entire roof of my mouth –  I actually thought I must have burnt it. Then there was the rash. I had been out for a nice coastal walk in the sunshine and that evening noticed an annoying, itchy bright red rash on my face, chest and shoulders. The rash was what made me go to the doctor. He had no idea what it could be so he referred me to a dermatologist. They took a biopsy and asked how I felt in general, and honestly I was really exhausted all of the time. I always felt ‘not quite right’, a bit under the weather. The corners of my mouth were split which I just thought was caused by being run down, stressed from working a full time job as well as having a young baby. My knees, hands, elbows and shoulders were really achy; I’m talking joints of an 87 year old not 27! But I never thought these symptoms would be something serious.

The dermatologist referred me to a rheumatologist and started me on a low dose of prednisone. I left that appointment with zero information on lupus apart from that it was an autoimmune disease. So off I went and immediately started googling, as you do! Well, I wish I hadn’t. All of a sudden the screen is a blur to me with just the words ‘chemotherapy’ and ‘kidney failure’ jumping out to me. Hold on, I thought – what is this disease?! 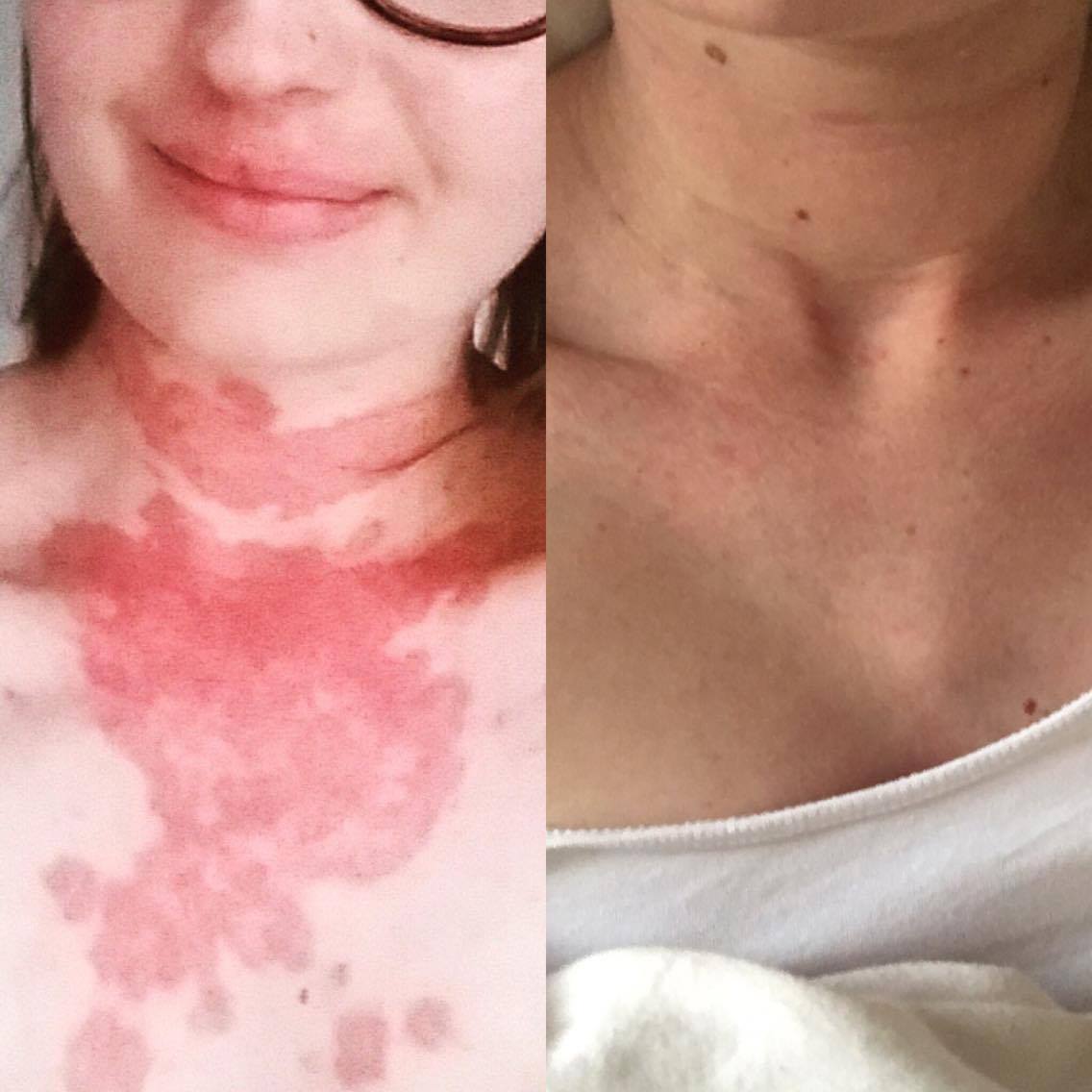 The rheumatologist was not disappointing. This lady spent three hours with me and my husband Jack, explaining every little detail of every single bit of this illness. But I still didn’t understand just how quickly it would make me very unwell.

Back to the UK

April 2016. My first lupus flare. The weight was dropping off me, my skin was awful, and I had this tight, red, burning painful rash. I couldn’t move because my body hurt so much, my mouth was covered in ulcers, and I had a giant bald patch at the back of my head. The rash was so terrible on my chest I had lots of open sores and couldn’t move. I was then admitted to hospital for seven days; that’s when I learnt that nobody seemed to understand lupus! I was started on a high dose of steroids which after seven days laid-up in hospital made me feel on top of the world. I had all this energy and the rash had cleared up. I felt great! That was until I had to wean myself off the steroids. Exactly six weeks later, the rash returned; but this time it meant business. Pretty much my entire face and chest were covered and I could not move. I felt depressed. The depression was hard for me. I have a beautiful family and wonderful friends yet I didn’t want to exist anymore. I didn’t deserve to be here and I felt as if I couldn’t go on. I would cry all day every day and not leave my house. I was admitted back to hospital. Pumped with steroids again and repeat.

This was pretty much my life until January 2017 when I met my new rheumatologist at the lupus ward at Guy’s and St Thomas’ hospital in London. He was amazing! He knew exactly what treatment to put me on and at what dosages. This is another thing that’s complicated with lupus as nobody’s symptoms are the same and the medications are also different for each person.

After what has been the most awful year of my life my levels are normal and I finally feel better. I can now say I am starting to feel like my old self again. Yes, I take a lot of medication, but my hair has grown back, my rash is all cleared up and I am mobile. With the right treatment and sunscreen I can be out and about in the sun and not end up in pain or in hospital. The fatigue is still there, but it’s nowhere near as bad as it was. I feel happy again and I am looking forward to my future. Am I still worried about what this disease could do to me? Of course I am! But I am not going to live my life in fear of my illness.

I own lupus. Lupus does not own me. 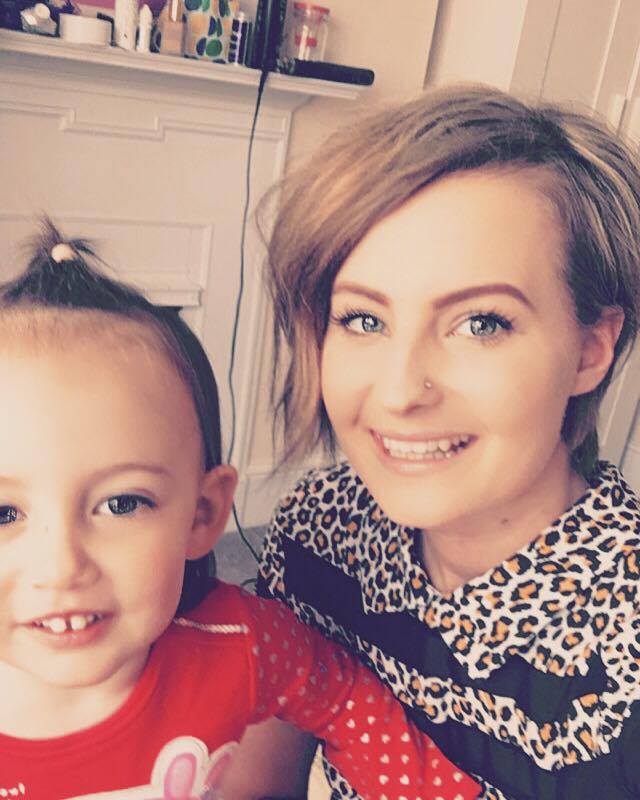 Lauren is 28, mother to Olivia and married to Jack. She lived in Australia for six years and is now back in the UK. She enjoys writing and has recently started a blog about her life with lupus and a toddler.