On Wednesday 13 June 2018, we held our Annual Meeting to celebrate the achievements of the Rare Disease UK campaign throughout 2017 and 2018 so far. This year was the 10th anniversary of the Rare Disease UK campaign. The event was held at Amnesty International and was attended by patients, patient representatives, clinicians and others working in the field of rare diseases. 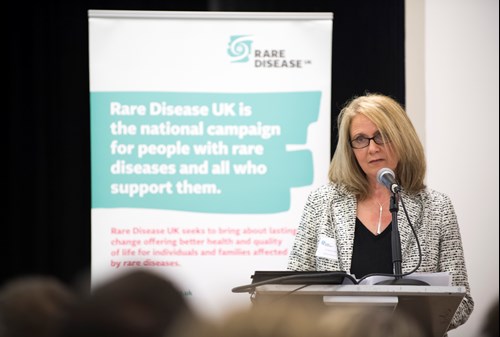 ‘We will be following initial delivery of these plans closely to assess how the plans connect with each other, looking for gaps and overlaps.’

Our Patient Empowerment Group (PEG) played a key role in the development of both the plans from the Department of Health and Social Care and NHS England. During the annual meeting Dr Jayne Spink took the opportunity to thank all the members of PEG. In particular, thanks was given to Dr Beverly Searle, Chief Executive of Unique and Kerry Leeson-Beevers, National Development Manager and Project Lead for Breaking Down Barriers at Alström Syndrome UK – the two patient members of the Rare Disease Policy Board. They have been instrumental in bridging the gap between the Department of Health and Social Care’s work on implementing the UK Strategy for Rare Diseases and the patient community. Looking ahead, the rare disease community will need to work together to make plans for post 2020 and Rare Disease UK will work with PEG to lead on this activity. 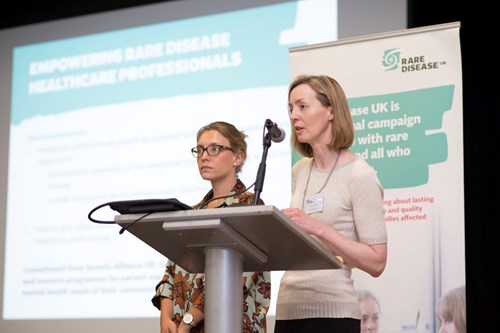 The past year has seen the publication of two important reports from Rare Disease UK: ‘Understanding Children and Young People’s Experiences’ and ‘Living with a rare condition: the effect on mental health’, in addition to the results from the ‘Rate your rare disease care’ survey. The report on the mental health impact of living with a rare condition has been very well received. The researchers for the project, Dr Amy Hunter and Rosa Spencer-Tansley provided a brief outline of how the research was done and the key findings and recommendations of the report. Both reports were the first of their kind and will help to shape the future work of the Rare Disease UK campaign and Genetic Alliance UK more broadly. 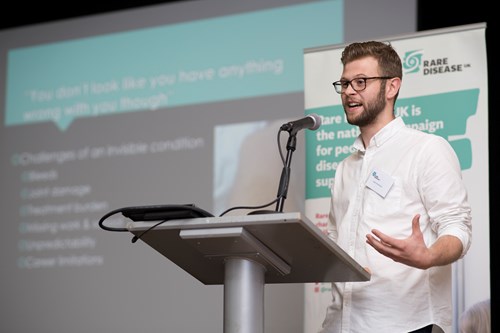 The Annual meeting offered the opportunity to hear from two rare disease patients: Luke Pembroke, who lives with severe haemophilia b and Natasha Coates, an elite disability gymnast with mast cell activation syndrome. Luke shared his experience of diagnosis and the way in which he has now become a patient advocate whilst Natasha discussed her experience of mast cell activation syndrome and how gymnastics provides her with a positive outlet. Both speakers did a terrific job and were very well received. 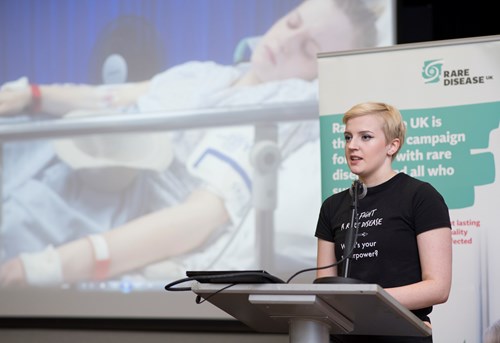 To read more about the work of the Rare Disease UK campaign from January 2017–March 2018 please see our Activity Report which can be accessed here.